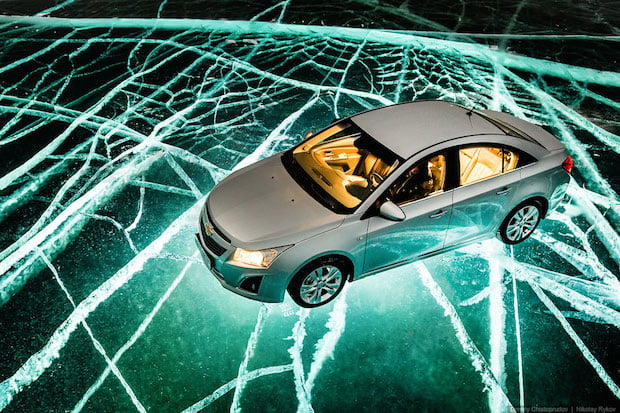 These have to qualify as some of the coolest car photographs we’ve ever seen. Yes, we’ve seen some amazing composites and some real live racing photos that are quite epic in their own right, but these images by photographers Dmitry Chistoprudov and Nikolay Rykov have the entire Internet wide-eyed.

First important note is that the photos aren’t faked, and we have the behind the scenes photos to prove it. Christoprudov and Rykov actually wanted to illuminate a car from below 1 meter (3.28 feet) of solid lake ice — you know… weekend project — and so they set about doing just that.

In the end they succeeded, as the photographs above and below go to show, but not before encountering all sorts of challenges. 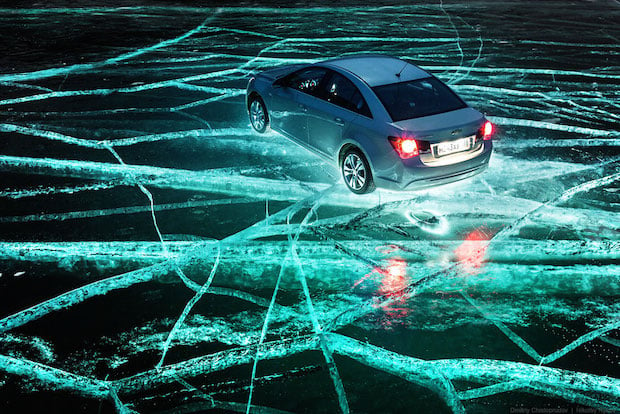 The first problem they had was getting a waterproof light source that would be strong enough. By Rykov’s estimation, they needed something that could shine around 1000Lm, and they needed it on a budget. In the end, a desperate Google search yielded the MagicShine MJ-810B.

Then they had to actually drill the hole in the ice, which they did with an ice drill borrowed from a nearby village. Only one problem with that: it wasn’t wide enough. “The diameter of the hole was too small to let our light come through,” explains Rykov on his LiveJournal (translated by English Russia). “So we had to stop fishermen on the roadway and offer them 500 roubles for widening our hole with their special tool.”

That led to an hour worth of cleaning up scratches left by the fishermen’s spiked boots and clearing away the ice that had been dug up. Finally, after all of this, they were ready to lower the light and shoot. Here are some of the behind the scenes photos: 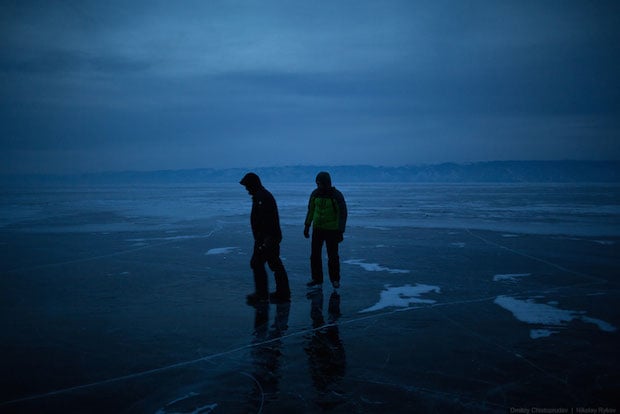 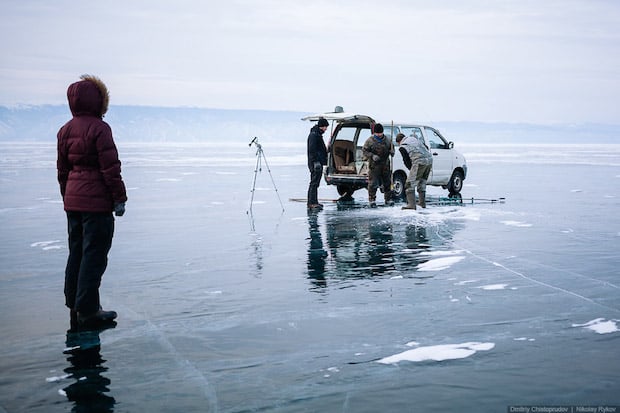 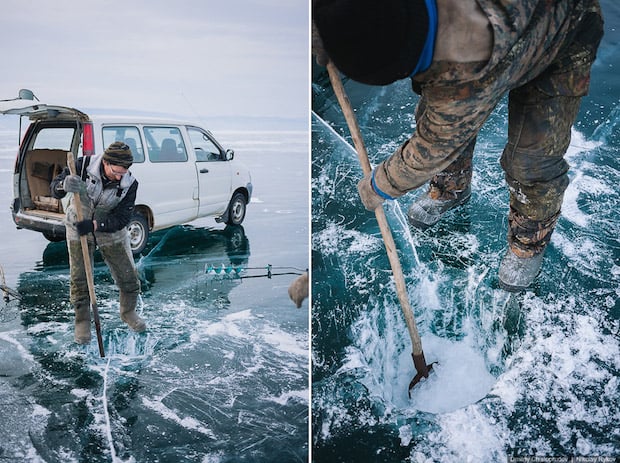 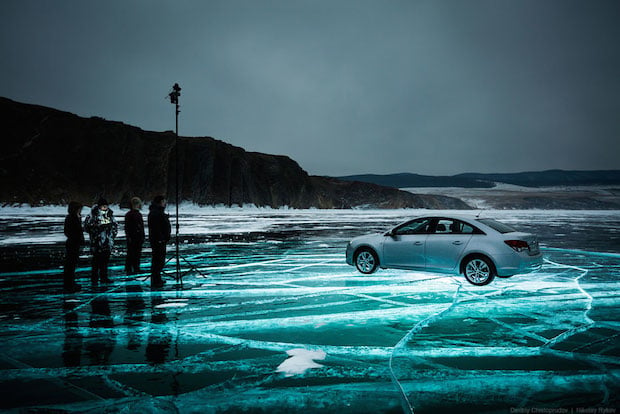 All of the work was well worth it. The images are going viral and the story is a testament to ingenuity, creativity and not giving up when your ice drill is too narrow (a problem I’m sure we’ll all face at some point).

You can find out more about the project by either Google Translating the duo’s Live Journal post or checking out the small bits that have been translated more accurately by English Russia here.

Image credits: Photographs by Dmitry Chistoprudov and Nikolay Rykov and used with permission

Fujifilm Releases Teleconverter for X100 & X100s, Plus a Bunch of X-T1 Accessories

Blast from the Past: Photography ‘Holiday Camp’ Video from 1961