The idea was to go on location and get some studio-quality shots of Luger climbing a massive ice wall at night — an idea we’ve only seen tried once before. To make it happen, Demski enlisted the help of several assistants and a whole load of gear including three Broncolor Move 1200 L’s and an IQ180 w/ 645DF courtesy of Phase One.

They chose a location near a bridge that would give them the most flexibility lighting-wise, and got to work. Flashes were set up above and below the main ice pillar, in addition to assistants hanging from ropes on the sides, to get the scene lit just right.

Here are a few of Demski’s final shots and one behind the scenes pic: 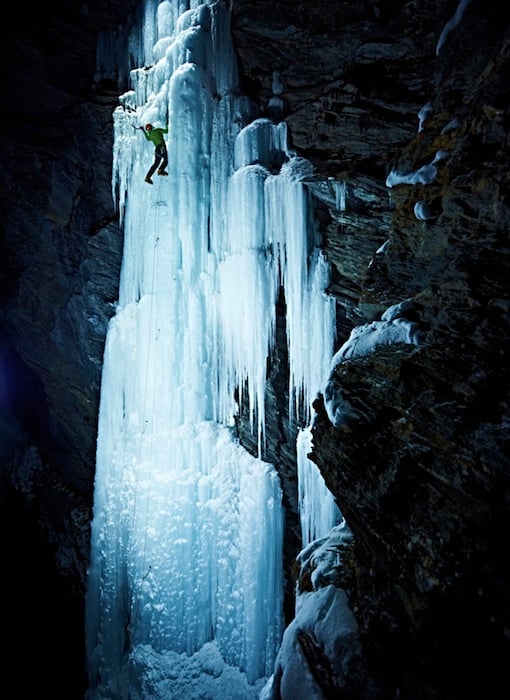 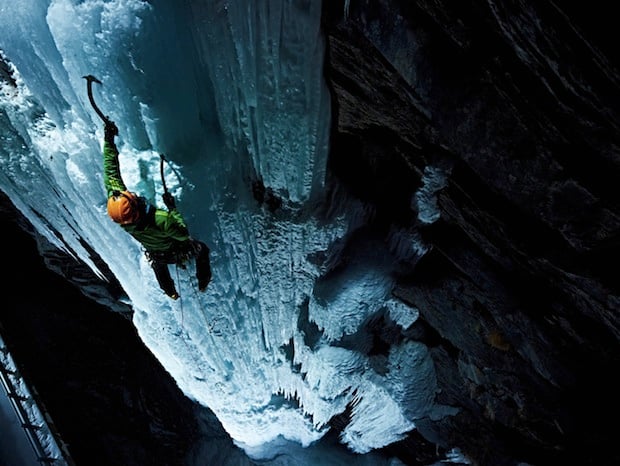 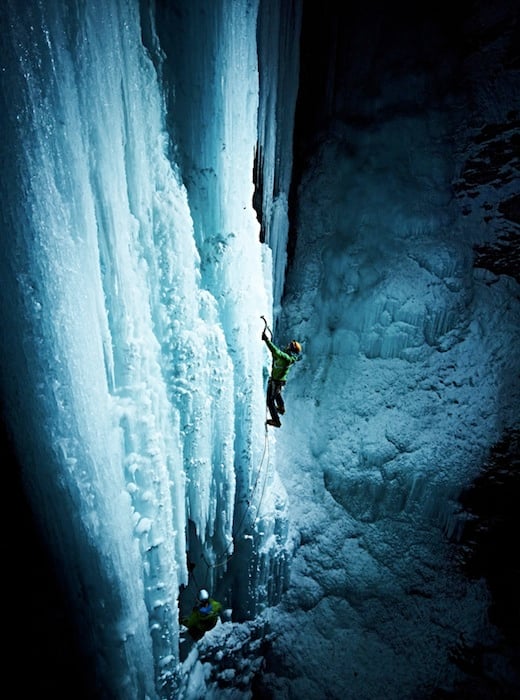 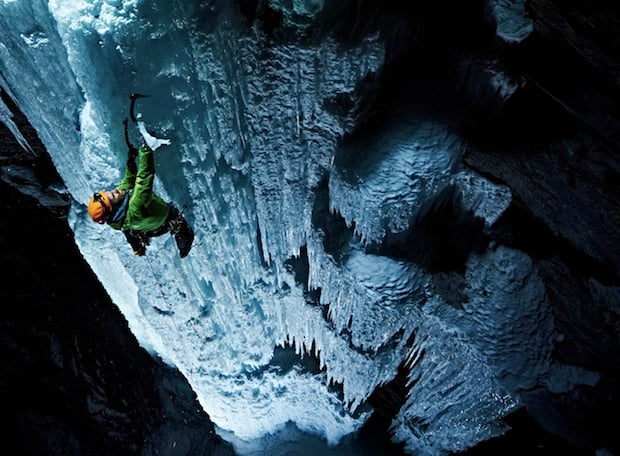 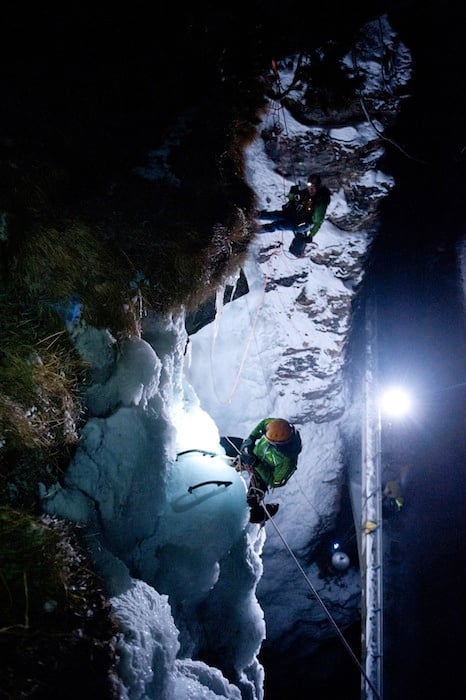 The video at the top takes you behind the scenes at this epic shoot, but if you want to skip straight to the incredible pictures of Luger on the ice wall, click here to head over to Demski’s website and browse the entire mind-blowing gallery

An Animated History of Photography from Camera Obscura to Camera Phones