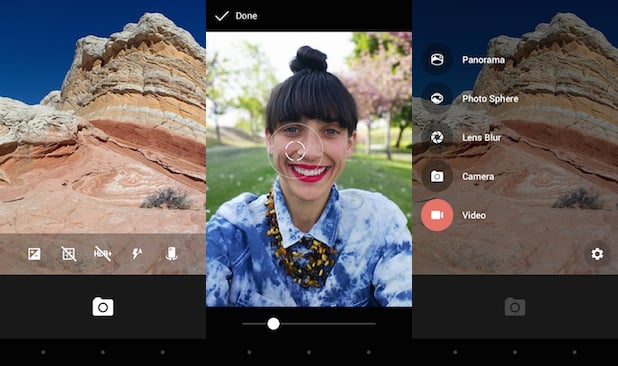 Google wants to give all Android users (or at least those running Android 4.4 and up) the opportunity to use a camera app designed by the same people who made the operating system, and so the company has decided to release a standalone ‘Google Camera’ app packed with a few features that will make it a very tempting download at the price of “on the house.”

The app, which launched earlier today, features a “sleek” UI, improved panorama functionality and the ability to capture Photo Spheres, but the headline making feature is none of these. What is attracting attention is Google’s “Lens Blur” feature that can intelligently simulate a shallow depth of field AND gives you Lytro-like take-now-focus-later control.

Google goes into detail on this feature specifically over on the Google Research Blog, but the gist is this: when taking a photo you move the camera in an “upward sweep,” capturing several images that are then handed over to a special algorithm that determines depth. 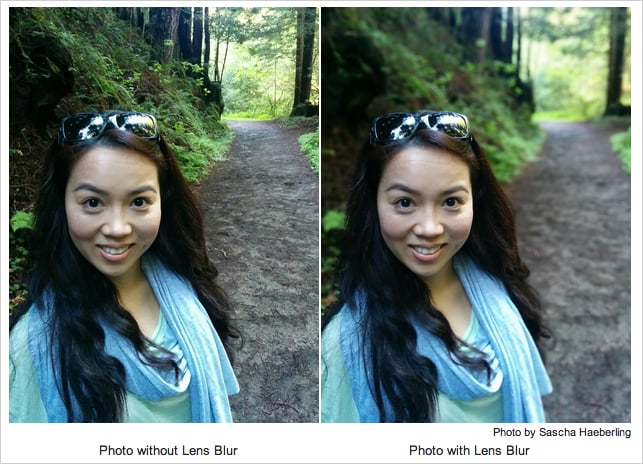 From the research blog:

Lens Blur lets you change the point or level of focus after the photo is taken. You can choose to make any object come into focus simply by tapping on it in the image. By changing the depth-of-field slider, you can simulate different aperture sizes, to achieve bokeh effects ranging from subtle to surreal (e.g., tilt-shift). The new image is rendered instantly, allowing you to see your changes in real time.

Of course this isn’t entirely new; other apps have used multiple photos to allow you to choose your focus later. Still, when you combine this feature with some of the other improvements like 100% viewfinder coverage and higher res pano shots, it might tempt some Android users to ditch their Samsung or HTC app and download Google’s instead.

If you’ve upgraded your phone to Android 4.4 or newer, you can give Google Camera a try by heading over to the Google Play store. And if you’re in need of more technical info, you can find a full breakdown of how Lens Blur works over on the Google Research Blog here.