At an estimated 60,000 years old, the indigenous culture of Australia, the Aboriginals, are estimated to be the oldest still-surviving culture on the planet. And in the above video world-renown photographer Amy Toensing shares her experience photographing this incredibly unique culture for National Geographic, delivering an extremely heartfelt talk about the hardships the Aboriginal culture has continually faced since their land was colonized in 1788.

Toensing is a New York-based photojournalist who has shot for National Geographic, Smithsonian, The Boston Globe, The Wall Street Journal and TIME Magazine, just to name a few. Her husband, Matt Moyer, and herself run a blog on which they share their experience traveling around the world capturing life and culture one frame at a time.

For the talk itself, Toensing does an absolutely incredible job of balancing her own thoughts and giving a historical and personal account of the Aboriginals she came across on this journey. 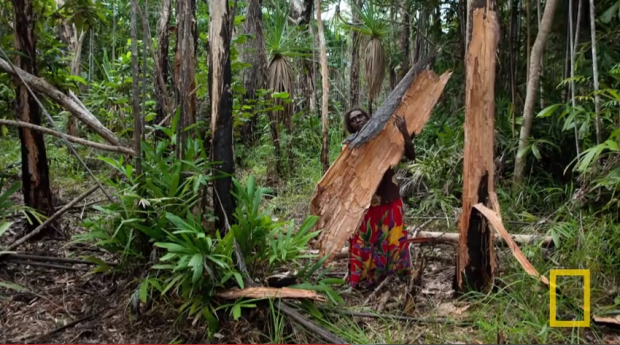 She starts out by sharing her experience with photographing a piece of rock art in a small cave in remote Australia. As a photojournalist who’s always running from place to place in hopes to capture a specific image, she explains the significance — and oftentimes difficulty — of keeping the ‘big picture’ in mind while on an assignment.

That ‘big picture’ is what was staring her right in the face when she saw the rock painting and realized that, tens of thousands of years ago, a hunter did his best to depict his daily life through storytelling just as she is doing with a camera now.

From there, she shares the story of an Aboriginal couple, Jack and Lilly, that she met while in a small city they had to pass through. Using this couple as an example throughout much of the presentation, she shares their story briefly, noting Lilly’s fame as a talented painter of Aboriginal art and Jack’s experience fighting alongside US troops in WWII. 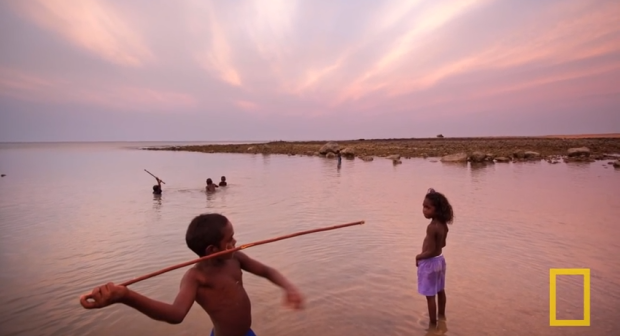 She speaks to the hardships faced by the Aboriginal culture as a whole since colonization happened, making sure to share briefly about the history of “The Stolen Generation,” which was a result of Australian government agencies going into the homes of Aboriginals and stealing away their children, without any proof of neglect or danger.

Included in the hardship is the extremely apparent prejudice towards Aboriginals in the Australian culture, which has led to rather shocking statistics. Over 1/3rd of the Australian prison population consists of Aboriginals, Aboriginals’ life expectancy is a full decade behind their white counterparts, and their unemployment rate is more than three times that of the rest of Australia — 16% compared to 5%.

Ultimately, around the ten minute mark, she begins sharing the story that she pitched to National Geographic after becoming “hooked” on the Aboriginal culture. Rather than summarize every detail though, I’ll leave the latter half of her speech for you to watch, even if you decide to skip the introduction. 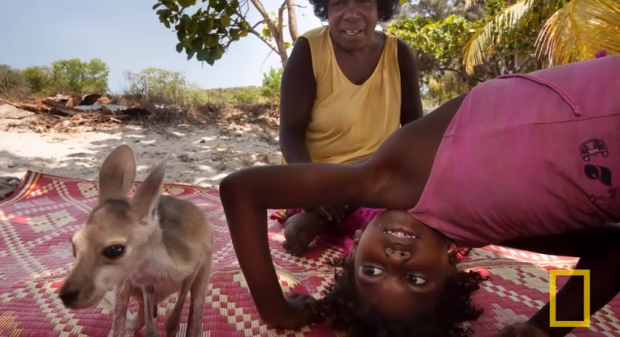 In all honesty though, my words are a poor substitute for her experience. Just hearing the emotion and conviction in her voice as she tells the story of a culture that has been ignored more often than not, is nothing short of heartbreaking at times.

The entire presentation is just shy of 22 minutes long, but if you can afford to watch the entire thing, I highly suggest you do so. It’s a phenomenal example of how photography, at times, goes far beyond the camera and the technical skill required to use it. It’s about a connection and giving a voice to the voiceless, sharing a story a thousand words at a time, frame by frame.

You can keep up with Amy on Twitter or Instagram. And if you’d like to look through her archive of work for National Geographic, you can do so by clicking here.