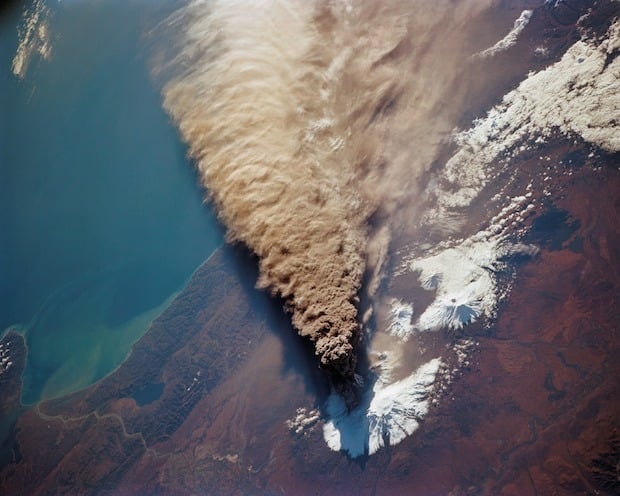 In September and October of 1994, the space shuttle Endeavour was orbiting 115 nautical miles above Earth while the Kliuchevskoi Volcano was spewing ash and dust into the atmosphere at an alarming rate. Not in any position to do anything about it, the astronauts aboard the space shuttle did the only thing they could do… they took pictures.

The two images you see here were taken from the space shuttle and show the global scale of the ash cloud released by Kliuchevskoi. Here’s another gorgeous picture followed by NASA’s description of the event. 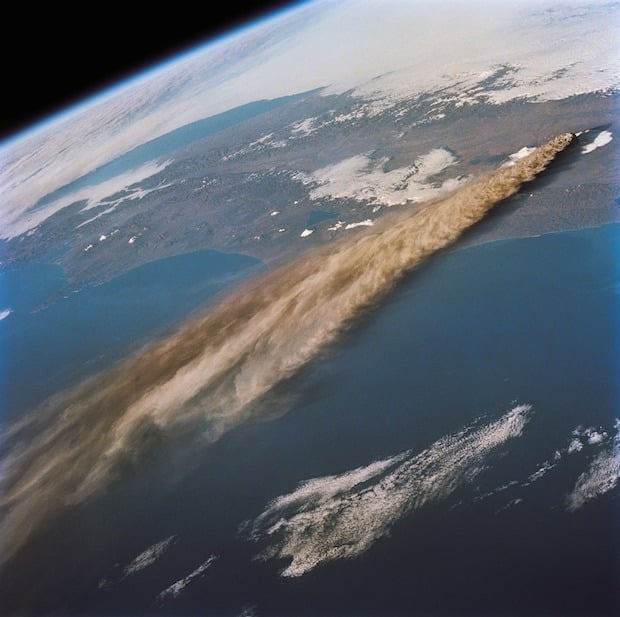 The major eruption that began September 30, 1994 (launch day) got almost immediate coverage by the astronauts aboard the Space Shuttle Endeavour. The eruption cloud reached 60,000 feet above sea level, and the winds carried ash as far as 640 miles southeast from the volcano into the North Pacific air routes. This picture was made with a large format Linhof camera. While astronauts used handheld cameras to keep up with the Kamchatka event, instruments in the cargo bay of Endeavour recorded data to support the Space Radar Laboratory (SRL-2) mission.

You can find full-res versions of both these images on NASA’s website by clicking here and here.

Learn How to Remove a Bra … Strap … In Photoshop