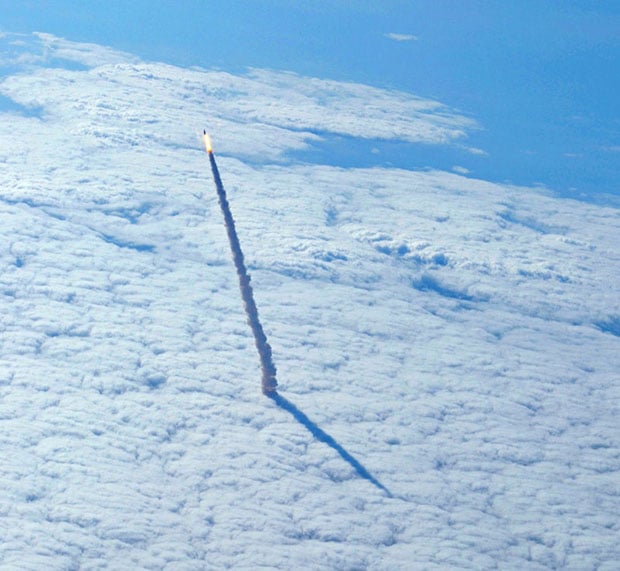 After Space Shuttle Endeavour launched on its final mission, a woman named Stefanie Gordon snapped a photograph of it from her Delta airlines seat using her iPhone, sharing it with friends and family through TwitPic. Though it quickly went viral, and was shared all over the media, Gordon was only paid by five media organizations for licensing rights to the photo. The Red Tape blog over on MSNBC wrote a great post a couple days ago bringing the issue of copyright infringement to the public’s attention:

In a world where social media users, bloggers and even some professional journalists are increasingly comfortable simply copying the work of others and republishing it, can intellectual property rights survive? Can original content survive? And what should the world do when an amateur photographer takes a newsworthy photo and shares it on a social network?

We didn’t share Gordon’s photo here on PetaPixel because we never got her permission to do so (she never responded to our requests). Luckily for us, NASA just published this awesome (non-copyrighted) photograph of the launch that you can freely share and republish.

That famous space shuttle photo: When is sharing stealing? (via The Online Photographer)