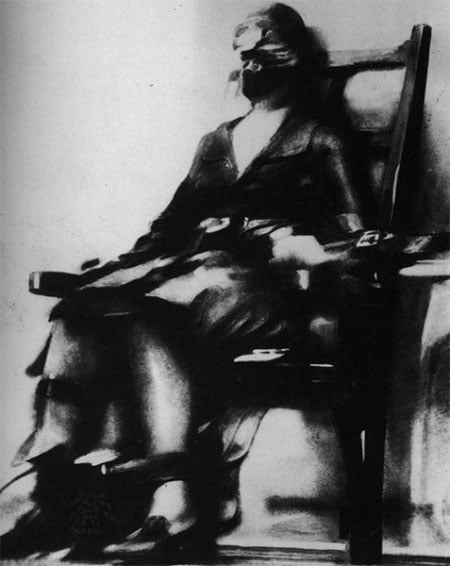 The photograph above has been called the most famous tabloid photo of the 1920s. It’s the first photo showing an execution by electric chair, and was captured by photographer Tom Howard at the execution of Ruth Snyder back on January 12, 1928.

Snyder had been arrested, convicted, and sentenced to death for killing her husband with the help of a new lover.

Just like in the modern day, photographers were not allowed to witness or document executions, so the New York Daily News decided to use spy tactics to obtain a photo of the actual execution.

They enlisted the help of a relatively unknown photographer named Tom Howard, who posed as a writer when he arrived at the prison. Unbeknownst to authorities at the prison, Howard had been equipped with a special miniature camera strapped to his right ankle.

The camera contained a photographic plate for a single exposure, and had a shutter release that ran up to Howard’s jacket. Details and photos of the camera system were revealed by the New York Daily News afterwards, and the camera is now owned by the Smithsonian’s National Museum of American History. 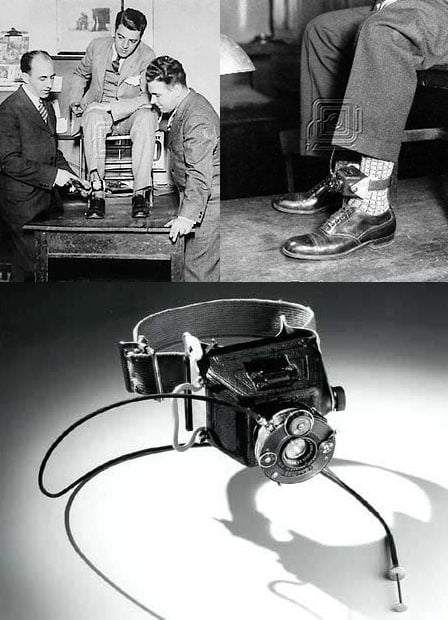 Howard successfully smuggled the camera into the execution room, and he was able to trigger a single photo when the electrocution began.

TIME writes that the photograph was rushed into the city and developed overnight, revealing “one of the most shocking photographs ever made”: a motion-blurred photo showing Snyder’s body shaking from the electricity.

The photograph was published on the front page of the New York Daily News the next day with the headline “DEAD!” 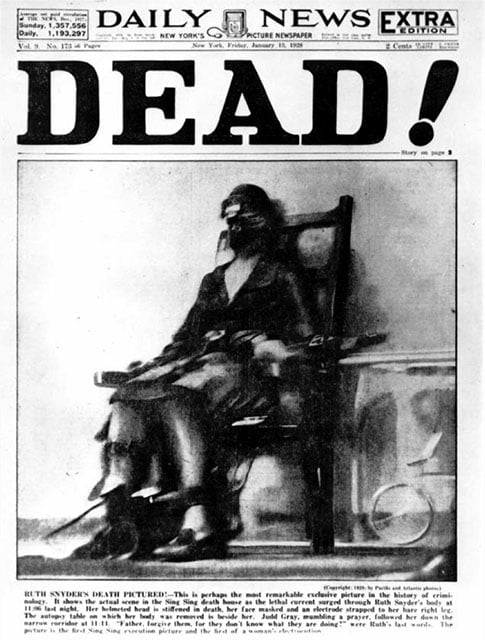 As a result of this incident, witnesses to executions were searched for cameras for decades after, and people were asked to hold up their hands to prevent them from triggering hidden cameras.

(via TIME and Wikipedia)

Nikon D7200 Crowned the New King of APS-C by DxOMark