In the latest installment of the SmugMug Films series, the site takes us behind the scenes with underwater photographer Sarah Lee as she does what she does best: dives under the waves to capture powerful, cinematic photography while being tossed around by the currents.

Lee grew up around water in Hawaii, and so this career path was almost pre-destined for her. Still, it wasn’t until high school that somebody handed her a camera during a swim meet and her passion for photography began. “I really enjoyed the way it allowed me to interact with people and capture what was happening,” she tells SmugMug. “And it evolved from there.” 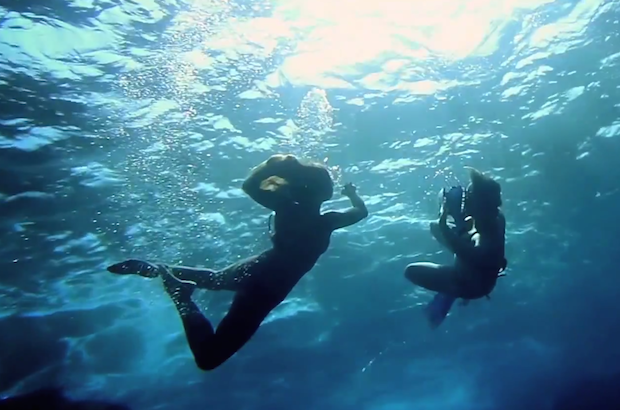 From those humble beginnings her career has flourished, with her work appearing in The Daily Mail, The Huffington Post, Marie Claire and, would you look at that! PetaPixel too. You’ve probably run across her photography once or twice, even if you didn’t know it was hers, and now you get to go behind the scenes and watch her work.

As with previous installments featuring inspirational master Benjamin Von Wong and air-to-air photographer Jessica Ambats, each SmugMug Films video is accompanied by a short interview that is well worth checking out. But if you don’t have time for that, definitely carve out the couple of minutes that it’ll take to watch this video — we don’t think you’ll regret it.