If the first two SmugMug Films features are any indication, we’re going to be covering them all… and we doubt anybody is going to complain.

First, SmugMug took you behind the scenes with Benjamin Von Wong as he created magical worlds with the click of a shutter. Today, they visit the other side of the spectrum by featuring air-to-air photographer Jessica Ambats.

When Ambats was young, she says she often found herself staring at planes flying by overhead. Little did she know, when she grew up, she would be in one of those planes, photographing other planes sometimes as little as 20 feet away from her. It might not be the coolest job ever, but it’s gotta rank pretty darn close. 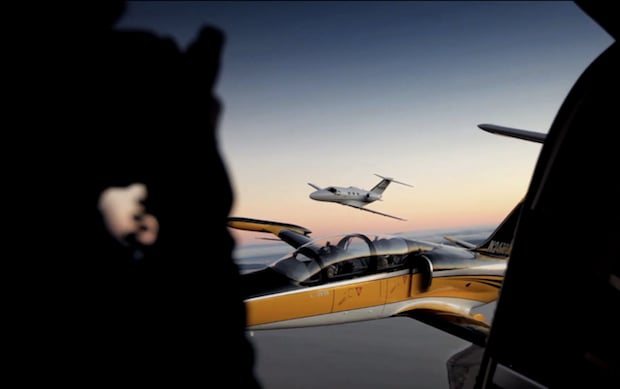 In an interview with the SmugMug Films team, she describes one particularly memorable shoot:

[The shoot] was over New York City, where I’m from. It was a complicated shoot of four privately-owned Citation jets and a P-51 Mustang warbird from WWII.

So we had six airplanes, including the photoship I was in, flying down the Hudson, circling over the Statue of Liberty and other landmarks. As a kid growing up in Manhattan, I always looked up at airplanes as they were flying and never imagined that I’d be in one taking photos.

To see Ambats in action and get your dose of inspiration and vicarious adrenaline for the day, check out the video at the top. And once you’re done, be sure to head over to SmugMug to catch the rest of her interview. The intricacies of what she has to do in the air are fascinating, as is the story of how she got into air-to-air photography in the first place!

Life As a Bike Race Photographer in Asia