After 36 years of collecting images from landfills while on the job as a Sussex dustman (that’s a garbage collector to us American English speakers), Bob Smethurst has one of the largest single collections of images from World War I of anyone in the world.

Smethurst gathered most of the more than 5,000 photographs and pieces of history he’s now in possession of throughout the 1970s and 80s. Unable to stand the thought that these moments would be destroyed, Smethurst started collecting the photographs and memorabilia as soldiers from the war grew old and passed away, their belongings often being thrown out.

From letters sent to the front lines to horrific photographs of the horror seen in the trenches, Smethurst’s collection is vast, depicting first-hand accounts of the war. 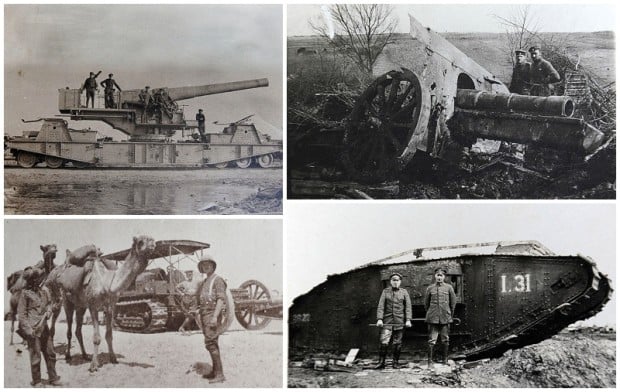 In regards to what he expects to do with the collection, Smethurst told the Daily Mail:

I have not given a great deal of thought about what will happen to my collection, but I do have children and grandchildren. Not to mention several collecting friends who keep dropping hints. The trouble is, if it is donated to a museum most things will never be seen again, just stored and forgotten and no joy to anyone.

There is the possibility for much money to be made from the collection, with the Daily Mail noting that collectors who are determined to get their hands on images from the first world war will often pay upwards of £30 per picture.

Smethurst, however, isn’t at all interested in the monetary value of the collection, explaining that he much prefers the value in knowing he’s saving an important piece of history that would otherwise never be seen again.

Head over to the Daily Mail to see a great selection of images from Smethurst’s collection and learn more about its origins.