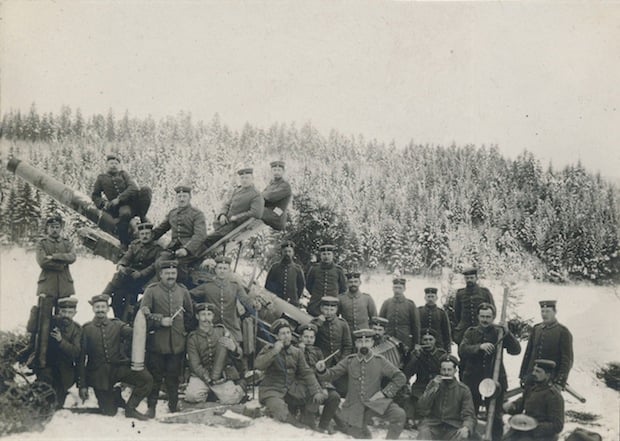 Back in 2011, developer Dean Putney‘s mother dropped a photographic goldmine in his lap as he was getting ready to leave home after Thanksgiving. Out from under the coffee table, she pulled out a big black photo album that, as it turns out, contained hundreds of photos taken by his German officer Great Grandfather Walter Koessler during World War I.

Koessler was an officer in the reserve artillery battalion and an early adopter of film. Fortunately for us, he took his camera everywhere. Trained as an architect, he already had a great aesthetic eye, and when wasn’t taking aerial reconnaissance shots in the line of duty, he was composing candid photographs of his friends and fellow soldiers. He even shot some 100 stereographs, which capture WWI in 3D.

Some of the photographs depict life in the trenches and others the devastation that the war left in its wake, but this collection of nearly one thousand photos, negatives and stereographs is, to Putney’s knowledge, one of the largest single collection by an independent photographer from that time period.

Much of the surviving photography from WWI is journalistic in nature, whereas Koessler’s photos capture the daily life of a German officer, and Putney wants to share this unique perspective with the world.

With that in mind, he’s set up a Tumblr to which he has continuously uploaded page scans, photo scans, film scans and stereograph GIFs. Here are a few of our favorites: 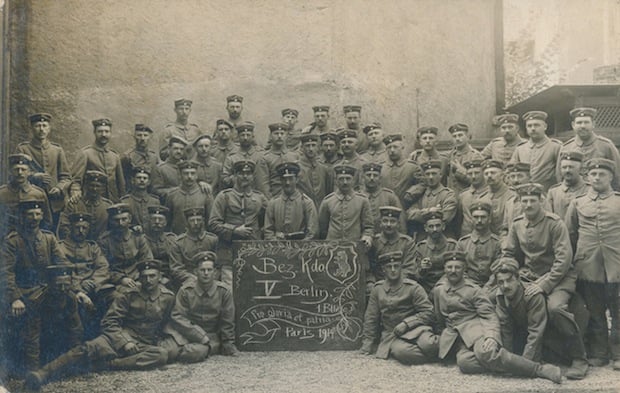 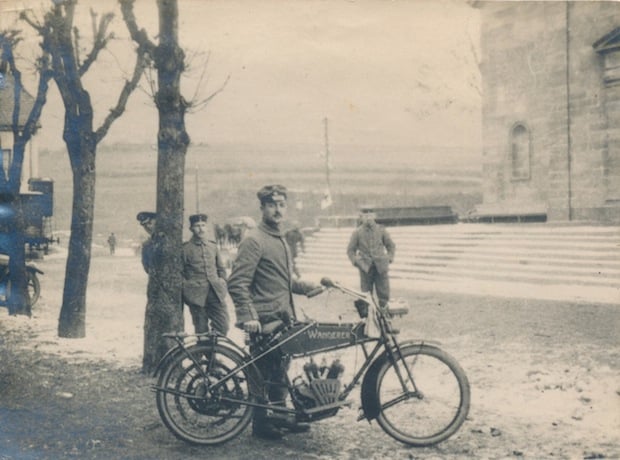 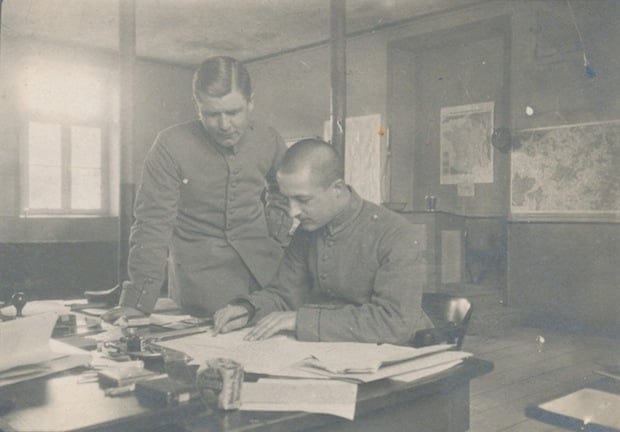 Although the Tumblr is great, Putney believes these photos are best experienced in book form, and so he’s taken to Kickstarter to raise funds for a coffee table book. Since the photos are mostly caption-less, he’s poured many hours into contacting people and traveling to some of the places in the photos to gather as much information as possible.

If the campaign reaches its $50,000 goal in the next 26 days (as of this writing, he’s raised almost $17,000) then Putney intends to put together a high-quality offset printed, casebound 11″x17″ coffee table book complete with any and all background info he has managed to find.

You can find out more about the project or view more high-res scans by heading over to the aforementioned Tumblr. And if you’d like to support the project, you can head over to Kickstarter by clicking here. For now, you can still get a hard cover copy of the book for the $75 early bird price, but if you wait much longer you’ll be dropping $90.