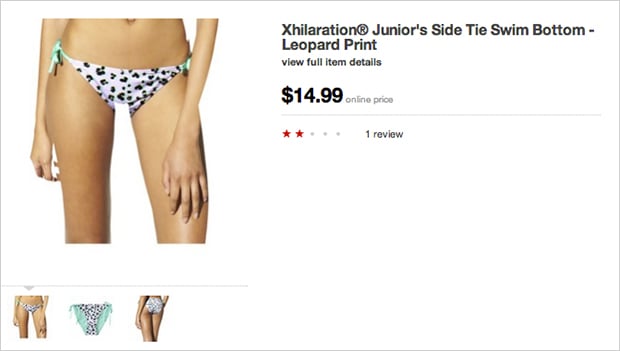 Target has officially come out to apologize after an embarrassing and very public post-processing mistake has left the company dealing with a PR nightmare. But for many, the apology isn’t enough. What the general public is asking is “why?”

As a few of the astute retouchers who read PetaPixel pointed out when we first reported on the Target mishap, this was probably a masking error, and not somebody just going crazy with an erase tool. Each of the offending images have the same issues in the same spots, so it makes sense that whoever Target outsources their post-processing to was editing multiple images at once and simply screwed up.

But in an age where the term “Photoshop” is quickly becoming something of a curse word among those who only ever hear it mentioned in the news, Target’s woes don’t end when they admit it was “an unfortunate error,” apologize and have the photos taken down.

As ABC explains on Good Morning America, people want to know what Target was doing ‘Shopping a Junior swimsuit model in the first place:

Chances are, Target won’t come out and answer these questions directly… there’s nothing to be gained by admitting publicly that you were making skinny models skinnier. More likely, they’ll have to do some PR cleanup by instituting some sort of “no Photoshop” policy on Junior models in order to appease the public.

Whatever the case may be, there are a few lessons big corporations ought to learn here. The main one being: if you’re going to drastically Photoshop your models (and these days, you ought to think long and hard about where you draw the line), post-processing isn’t where you want to ‘cut costs.’