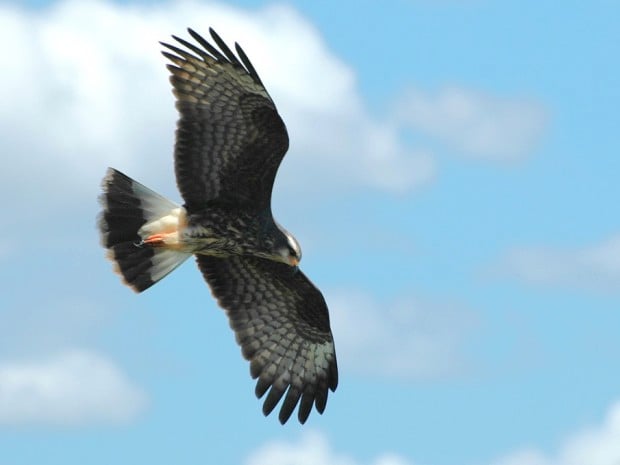 Oftentimes we’ll do whatever it takes to get that one particular shot. But what happens when you cross the line, break federal law and don’t properly respect the subjects you’re trying to photograph? Well, Florida-based wildlife photographer and photography instructor Jim Neiger recently found out.

The law that was broken is the Endangered Species Act, which requires people to stay at least 500 feet away from the nests of endangered species so as to not affect the young offspring.

In this case, the endangered species was the Snail Kite, which is a raptor in the same family as eagles and hawks. According to paperwork from the courts, Neiger was spotted eight times between 2010-2011 “wedg[ing] his pontoon boat into the reeds” next to the nests of these birds in hopes of drawing them out so that he and those he was teaching could photograph them. After some time in the court system, Neiger has pleaded guilty to a single count of violating the Endangered Species Act in hopes of avoiding the standard sentencing of up to one year in prison and a $100,000 fine.

Prosecutors say two years probation is likely going to be the result, although there aren’t any guarantees that he won’t face more severe consequences. Beyond the possible probation, Neiger agreed to pay $9,000 in fines so that he wouldn’t have to surrender his boat motor and cameras.

It’s a steep price to pay for what were probably a couple dozen portfolio shots at the most. It just goes to show how important it is, not only to obey the law, but to respect your subject… be it human or otherwise. We as photographers are tasked with capturing the world around us, and that task carries with it a certain level of responsibility.

To paraphrase Voltaire (or Spiderman if you prefer): with great photography comes great responsibility.

The Sky is Falling and the Light is Leaking: The A7r Anti-Massacree