Editor’s Note: The video below contains strong imagery. None of it is NSFW per se, but it might not be suitable for all viewers.

March 8th was International Women’s Day, and although Google Glass will no doubt be used in the future to document many a wonderful celebration on this day, this year it was instead used to send a strong, shocking message about domestic violence.

The video was reportedly put together by London’s Banjo Eyes Films for a project called “Woman’s Day #throughglass” that, it’s worth noting, has no affiliation with Google whatsoever. In it, a woman goes about a regular happy day, all seen through the POV vision of Google Glass, until she arrives at home and is immediately attacked by her significant other.

What seems like an ad for or demo of Google Google glass quickly turns into something horrific and hard to watch. 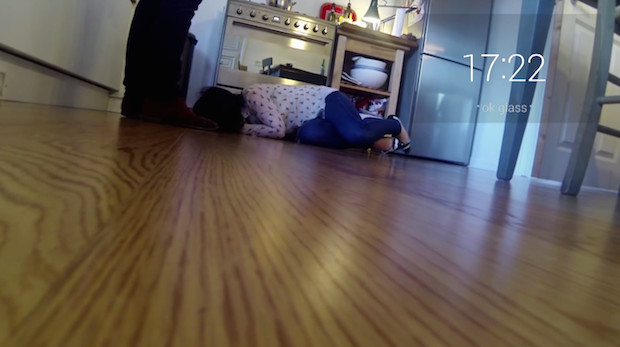 The point of the video is that, despite all of the technological advances and leaps we’ve made, abuse is still prevalent all over the world. The tagline reads, “Despite all our progress, women still see this every day. Think about it.”

You can see the powerful video at the top, and if you’d like to find out more about the “Woman’s Day #throughglass” project, head over to their website by clicking here.