The National Parks Services and Gigapan recently put together a photography project that takes a comparative look at two of America’s best-known pieces of land and how they’ve changed over the course of 80 years.

Using photographs of Glacier National Park and Yellowstone Park from the 1930’s and late 2000s, the park service digitalized the black-and-white negatives from almost a century ago and overlaid the photographs (taken on infrared film to take out atmospheric pollution) from the current landscape to depict the changes that have occurred over time. 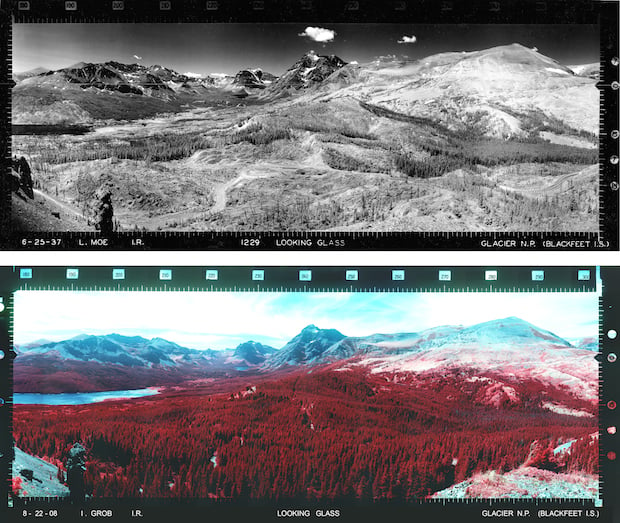 The original initiative started out as a way to create maps for various “fire lookouts” within the parks. Over time the project grew, and within only a year incredible panoramic photographs were captured from over 200 locations by photographer Lester M. Moe.

When it came time to re-take the same photos, the park tried to stay as true to the original images as possible, with the exception of the infrared film. Of course, this wasn’t always easy, as many of the lookout towers from which Moe took his images have since disappeared, but many of the before and after photos do indeed show the exact same image, 80 years apart.

Here are some then and now examples provided by the Parks Service, which you can see in full high-res glory by clicking here: 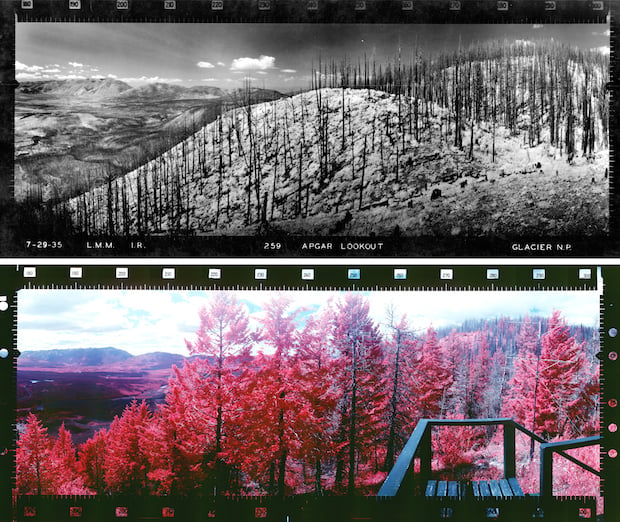 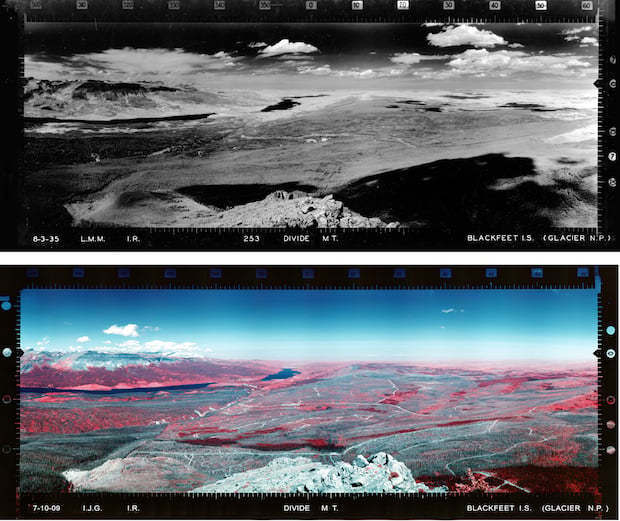 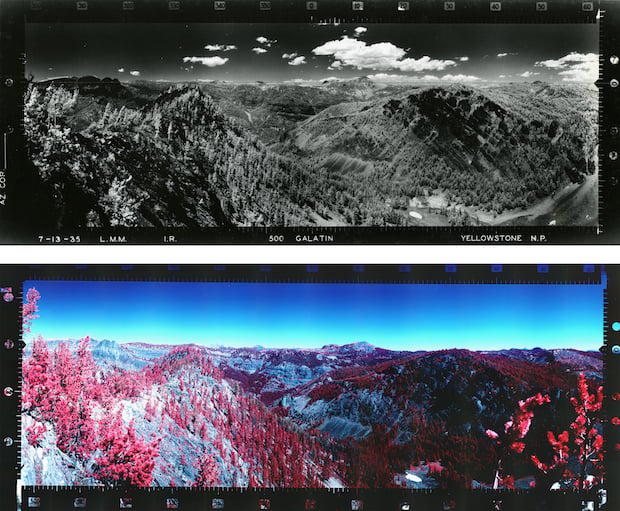 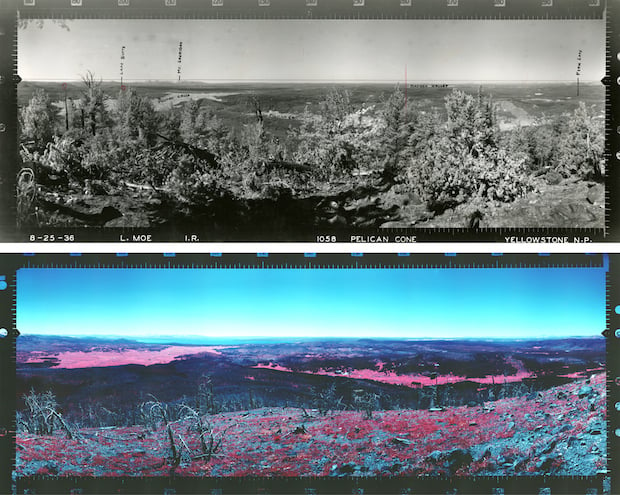 Both the 1930s and 2000s images were taken using an Osbourne photo-recording transit, a 75-pound behemoth that the photographer has to carry to each lookout point on his or her back.

To learn more, head over to the Parks Service website or check out the video at the top to see the comparison project in action. The voiceovers may seem a bit archaic in tone, but the information and insight provided makes it well worth five minutes of your time.