Earlier this month, storm Petra battered parts of the French and British coast only days after another storm had smashed its way through the area. And while powerful winds and massive waves were tearing into the French coast, photographer Philip Plisson was in a helicopter capturing the action from a bird’s eye view.

The video above takes you on that trip with him, his pilot Thierry Leygnac, and his assistant of 16 years Christophe le Potier. And man, what a trip it was. Beautiful (and scary) shots just keep presenting themselves as Plisson clicks the shutter and tries to capture them.

Whether or not he was successful is up for some debate, but you can see all of the images he captured here, and the ones he deemed poster-worthy here. 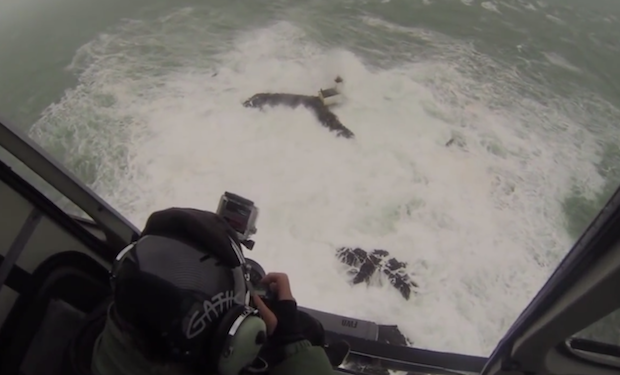 Plisson describes the shoot as a very emotional one, saying (via Google Translate) that he’s “never experienced so many emotions flying in a storm on our shores!”

Check out the video at the top to take this emotional journey with him. And if you’d like to see more of his work, head over to his website or Facebook page by following the corresponding links.

Finds, Inspiration
france, french, helicopter, hurricane, storm
Related Articles
Discussion
Trending Articles
Photographer Captures the Many Colors of the Full Moon Over 10 Years
May 25, 2022
Photographer Teaches Posing to Prove Anyone Can Be Photogenic
May 26, 2022
The Kodak Ektar H35 Shoots Two Photos Per Frame of 35mm Film
May 26, 2022
Astrophysics Student Takes Graduation Photo Under a Total Lunar Eclipse
May 26, 2022
Nikon Plans to Basically Abandon DSLRs by 2025
May 26, 2022