When we say ‘night vision’ camera, what sort of image does that bring to mind? Probably something green, or maybe grey if you’re into IR, but definitely not 720p footage shot in full color. Well, that may change soon if the newly announced Falcon Eye KC-2000 night vision camera delivers on its promises.

Announced by Japanese company Komamura, the KC-2000 doesn’t just see in the dark, it does it in full color HD. The results are impressive, and you don’t even have to take our word for it, check out the comparison video above to see just how well the Falcon Eye does in near-total darkness. 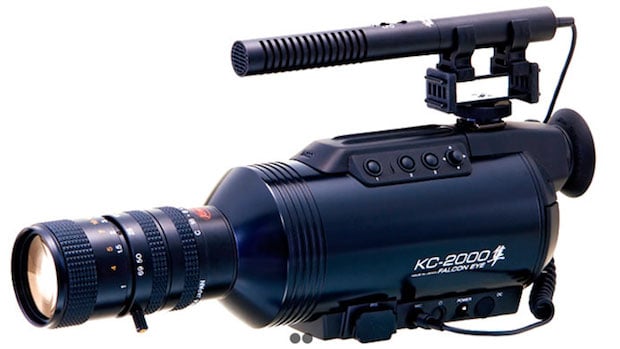 Details about how exactly the camera works are still being kept under wraps, and Komamura isn’t letting pricing or availability info out either (probably because it’ll make your wallet feel inadequate), but people have been quick to point out the potential uses of this kind of technology.

Nature, wildlife, news broadcast and surveillance videography would benefit enormously from doing away with the standard bright green or grey night vision in favor of color footage.

Of course, when this first hits the market, it will be marketed at, as Gizmodo puts it, “those with actual ‘night vision gear’ sections in their annual budgets.” But that’s no reason not to get excited. Eventually, the tech will make it into the hands of lowly mortals as well.