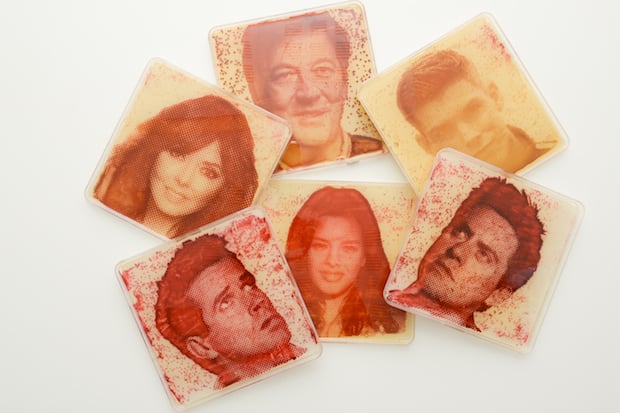 We first introduced you to scientist and photographer Zachary Copfer’s ‘bacteriographs’ back in 2012. A technique that he invented and, as far as we know, only he uses, Bacteriography uses the subject’s own bacteria to ‘grow’ a portrait of them on a petri dish.

Earlier this month, Copfer brought his signature technique to the UK for the first time ever in order to photograph several British celebrities at the UK’s Big Bang Fair.

In case you haven’t been following us long enough to know about Copfer’s technique, here’s a quick overview. To create each portrait, Copfer photographs his subject, converts those photos into halftone images, prints them out as special ‘secret’ negatives, and places those transparencies over petri dishes covered in his subjects’ bacteria. He then blasts the whole thing with radiation, killing the bacteria that isn’t being shielded by certain portions of the negative, and places the petri dish in an incubator so the living bacteria can do their thing.

Fast forward through 48-hours of bacterial growth, and you’ve got a final portrait made up entirely of bacteria taken from the guy or gal in the photo.

Here’s a look at how the bacteriographs from The Big Bang Fair — which feature Stephen Fry, Carol Vorderman, Spamalot stars Dick & Dom, Kieron Richardson and Liz Bonnin — turned out: 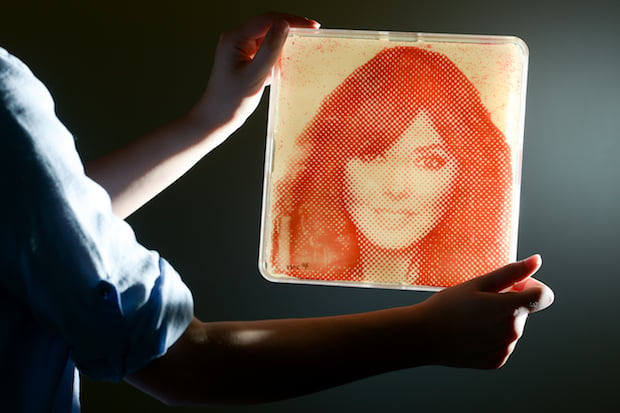 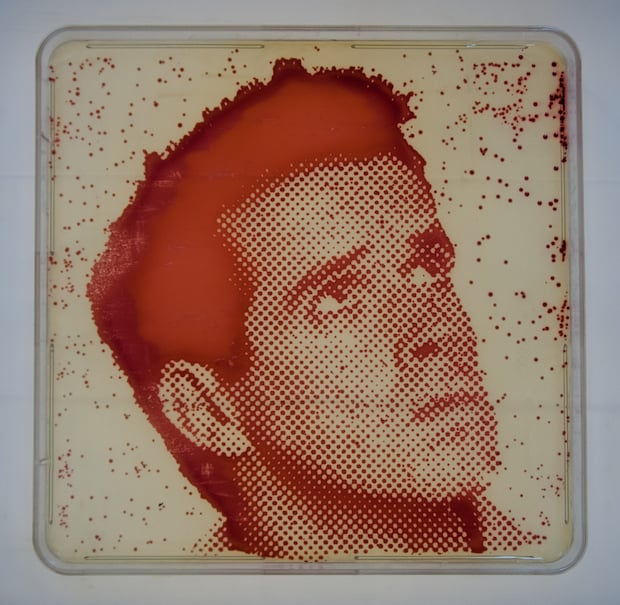 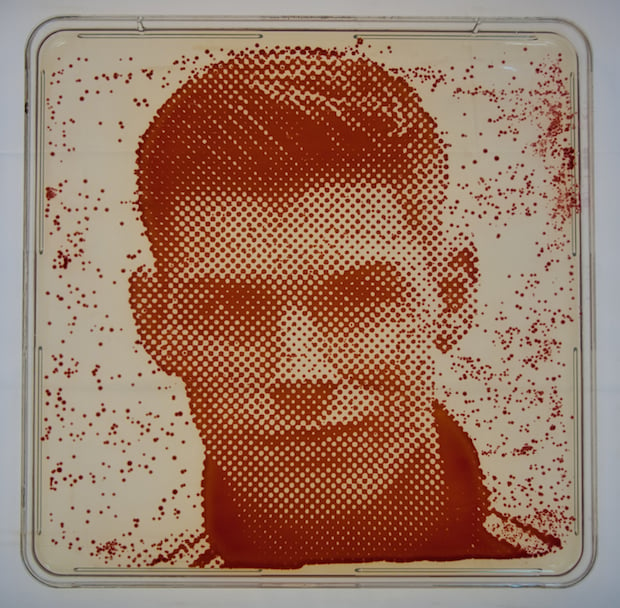 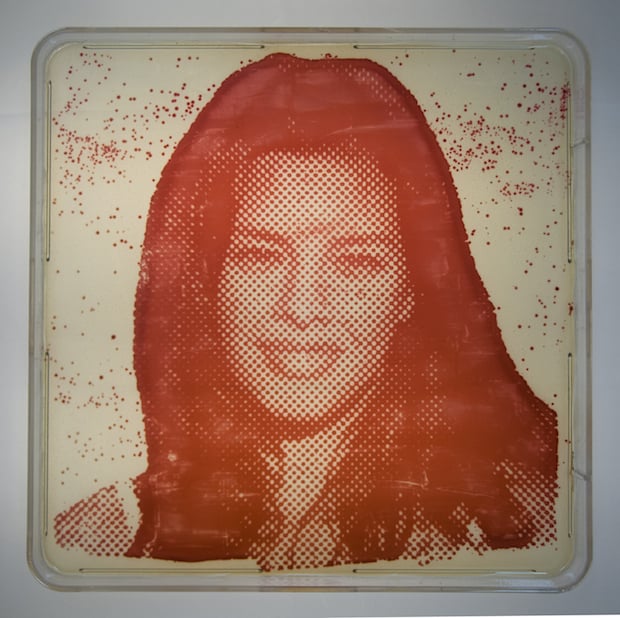 And here’s a time-lapse that shows Stephen Fry’s portrait ‘developing’ in the incubator:

“It’s been great to have been given the chance to get involved with The Big Bang Fair,” said Copfer via press release. “I’m particularly excited that my work will be a big part of the Fair’s central aim to inspire the next generation of scientists and engineers — and hope that my work will not only help get young people excited about science but that it will also encourage them to apply the scientific knowledge they gain in fun and unique ways.”

For more info on the fair, or if you’d like to read more about the Bacteriography exhibit in particular, head over to The Big Bang Fair UK website by clicking here.