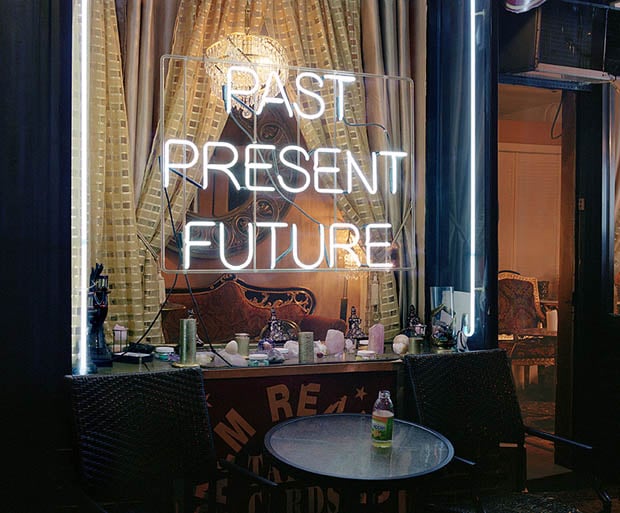 What defines a portrait? Is it still a portrait if the subject is present in the frame but hidden from the eye? If the answer is yes, then photographer Chris Buck has captured a series of unique celebrity portraits through his project titled Presence. If not, then each of the photographs simply shows a random scene.

The photograph above? That’s a portrait of famous American photographer Cindy Sherman.


Buck has been shooting some of the most famous people in the world for over 20 years now. For this project, he decided to take a counter-intuitive and conceptual spin on what celebrity portraiture means. For each of the photos, he asked his famous subject to hide somewhere within the frame. The resulting photo has the subject both in and not in the frame.

Buck also has a witness on hand to sign a statement for each portrait, affirming that the famous individual was actually present.

Cindy Sherman, a conceptual artist herself, loves the project. Here’s a quote she gave for the project’s website:

The whole point of having your portrait taken is to promote your commodity — your face — and I love how this series is the exact opposite of that.

Here are some other photographs in the series (the name of the subject is in the caption):

Over the course of 5 years, Buck has captured 50 of these portraits. They’ve now been published as a book titled Presence: The Invisible Portrait.

Here’s a video in which Buck introduces the project:

You can find more of Buck’s work on his personal website, or find out more about Presence on its official website.

Presence by Chris Buck (via Doobybrain)

Image credits: Photographs by Chris Buck and used with permission