Update: The Color Run has responded to our request for comment. Read their side of the story at the bottom.

Update #2: It seems The Color Run and Maxwell Jackson have reached an agreement. You can read the full update at the bottom. 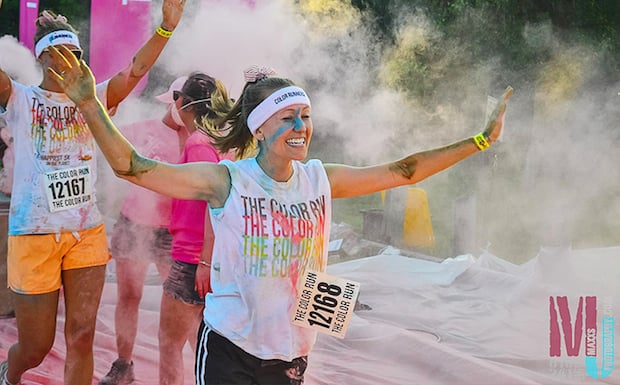 A young Florida college student photographer is receiving an outpouring of support from the photo community over what may turn out to be one of the more ridiculous copyright lawsuits we’ve ever run across — a suit in which the Color Run (you know, “The Best, the Biggest…The Happiest 5K on the Planet”) is allegedly suing HIM over a photo of his that they used.

21-year-old Maxwell Jackson first heard from The Color Run after he photographed one of the events at his school in Miami. They wanted to share his image from Miami on their Facebook page, and being new and naive he allowed it.

Fast-forward to July 2013 when Jackson walks into a Sports Authority in Pennsylvania, only to see his photo (sans credit, of course) displayed prominently on advertisements throughout the store. It turns out that when The Color Run originally got in touch to seek permission to use the photo, they lied about a few things and left some other things out. 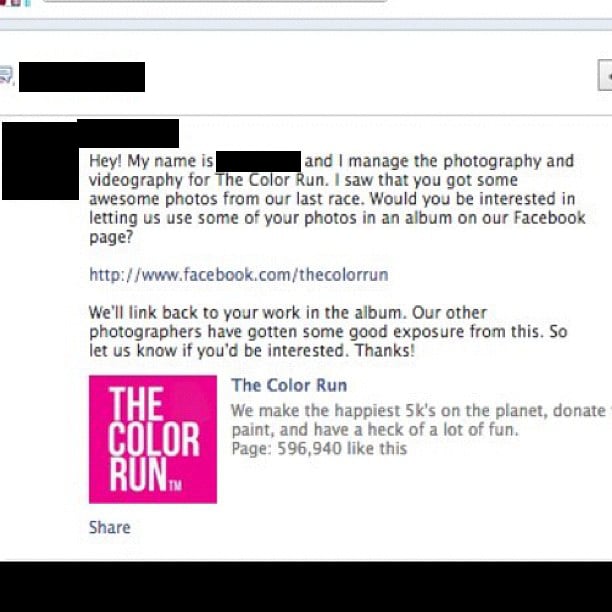 For one, Jackson was promised to be given proper credit. For another (as you can see from the message above) no mention was made in the original correspondence of the photo being used in an INTERNATIONAL advertising campaign.

Jackson claims that his photo has been used without proper permission, compensation or credit on several international websites (including Color Run UK), in the U.S. News, Baltimore Sun Times, and by companies like Coca-Cola.

When he got in touch with Color Run Owner and Founder Travis Lyman Snyder to ask for proper compensation, the company allegedly replied by saying that they would “rather spend $500,000 on lawyers than be extorted.” And that’s exactly what The Color Run is doing: they filed a frivolous trademark infringement lawsuit against Jackson in what he calls and attempt to “sue him into submission.” (full filing available here)

Fortunately, Jackson has applied and been granted pro-bono council from the state of Utah — the state where The Color Run is based and the lawsuit filed — but he is still short tens of thousands of dollars in other fees that will be necessary in order to defend his rights. And since he’s a self-proclaimed broke college student, he’s started a GoFundMe campaign in hopes of raising the necessary funds. 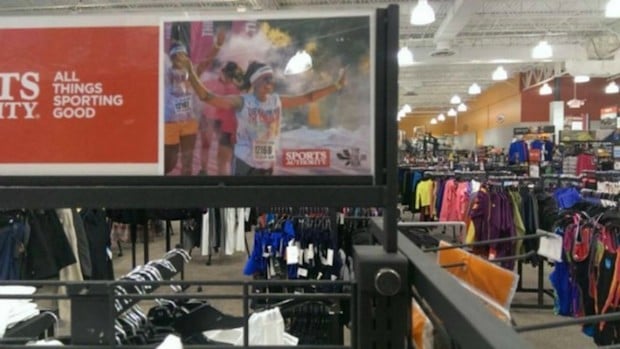 Obviously we only have one side of this story. To that end, we’ve reached out to The Color Run’s press department for comment and will update this post just as soon as they get back to us. But while it’s very possible The Color Run has a legitimate reason to be upset with Jackson, our experience with these sorts of stories has us leaning the other way.

To find out more about the suit or show your support (either monetary or otherwise) for Jackson, head over to his GoFundMe campaign by clicking here. And, of course, feel free to let us know what you think in the comments down below.

Update: Jackson reached out to Fstoppers directly to share some more details about exactly why he is getting sued. Here’s the relevant information, reprinted with permission from FS:

About 5 months after I shot the race I was contacted by someone I knew that worked with a company that sets up, breaks down and staffs Color Runs. They asked if I wanted to work color runs and it sounded like fun and good money so I said yes. While working for Silverback (company I worked with) I made my fb employment status that I worked at Silverback and The Color Run. That is their filing on the case but they have also argued that because their trademark “Color Run” is in my photos they are entitled to them.

Update 2: The Color Run has responded to our request for comment with a formal letter from Color Run Founder Travis Snyder himself. We are reprinting the letter here in its entirety, but you can also read it on the Color Run website if you wish:

Hi, this is Travis Snyder.

I wanted to respond personally to this matter. As the founder of The Color Run, I’ve had the opportunity to work with many successful creative partnerships of all sizes, including amazing photographers. I respect their ability to capture the essence of our event and fully believe that they deserve attribution for their work to showcase their talents. This issue with Max is a single anomaly and quite frankly makes me sad. Max first came to shoot The Color Run because we granted his school class non-commercial access to come shoot the race in Miami where the photos in question were taken. After this, Max actually ended up working our events over the next year as a non-photographer and traveling and setting up with our traveling teams.

About a year later, Max first initiated questions about the use of some of the Miami photos. We sat down and genuinely tried to reach an amicable solution, including offering financial compensation and exposure through our networks. Our offers were declined, and met with the following demands:(language taken from legal filings)

-”$100,000.00 US deposited into my business bank account” (This amount went on to be raised by Max to $300,000).
-”To be named the Official Photography Sponsor of The Color Run (Globally) for the remainder of its existence.”
-”Max Jackson Logo to be added in sponsors section on the bottom of all web pages”
-“My name to read at the bottom of any TCR photo’s used in legible print from the next print run forward as, Photograph by Max Jackson”
-”if no efforts are made within 15 days, to contact me I will be forced to take further action”

Understandably, these demands were quite difficult. They went far outside professional compensation and credit for photography work. We discussed other options, and ultimately when Max said he was planning to sue rather than continue a dialogue, there was little option left but to defend our rights through the legal system. I have been and will continue to be at the table to visit about how to resolve this outstanding issue.

As hard as it is to see tweets calling you a “#scumbag”, I love the Internet and its ability to give everyone a voice. I also appreciate the opportunity to share more information and insight into a complex situation. My personal hope and intention has always been to get this resolved directly, amicably, and fairly.

Update 3: The Color Run has gotten in touch with us once more to let us know that the matter between Maxwell Jackson and the themselves has been resolved without needing to go to court. We are reprinting the update here in its entirety, but you can also read it on The Color Run website:

I want to sincerely thank everyone for their voices and support as we’ve worked through this issue. We have been able to reach a joint agreement, which meets the needs of maxxsphotography.com and The Color Run. We are happy to have avoided the drain of the legal system and look forward to the continued success of both companies.

As referenced in yesterday’s statement (written below), my hope was always that we would be able to reach a fair and mutually acceptable resolution. I am grateful that through this weekend we were able to resume discussions with Max and come to a solution.

I want to be clear that the recently resolved issues were never about The Color Run lifting and stealing images. From the beginning, we had a contractual “use” agreement with Max. We received high resolution, un-watermarked images for use online or in print. The problems arose from a poorly worded, semi-verbal contract. We both had a genuine misunderstanding about the terms of our agreement when it came to photo credit on printed images. The recent negotiations revolved around finding a fair resolution to that misunderstanding.

-If you are a business, be explicitly clear about the use, compensation, and parameters of the agreement with the photographer when sourcing images. Make sure it is all in writing in order to protect each other.

-If you are a photographer, understand the level of access you are providing and also protect yourself with clear, written, release agreements.

-Lastly, if a misunderstanding arises, enter into a respectful and ethical discussion about how to resolve the issue. In our new social/visual/online world, businesses and photographers need a great relationship more than ever. Assume the best in each other and make it work.

There is no doubt that the social media voices on both sides of the issue provided meaningful insight during this process. I sincerely appreciate those that presented thoughtful perspectives on the situation and how to resolve it.

Thank you to everybody that sent in this story. The number of readers hoping we covered this is just too many to list but it’s obvious our community really wants this story to get out.

Photo Nerd Love: Couple Get Engaged on Top of a Mountain in Stop Motion Video