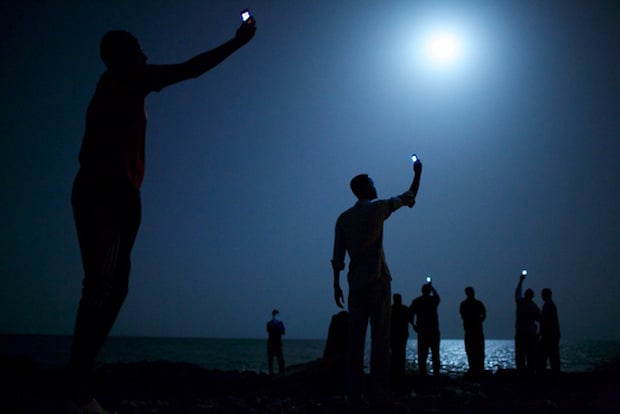 Last year’s World Press Photo of the Year award went to a controversial image of a funeral procession in Gaza, City. This year’s winning photo doesn’t strike the same tragic nerve as last year’s, and yet it makes such a powerful statement about technology and our global community that we immediately understood why it took home the top prize.

Djibouti is a common stopping point for migrants from Somalia, Ethiopia and Eritrea on their way to Europe and the Middle East in search of a better life. That cell signal is, as described by World Press Photo, “a tenuous link to relatives abroad.” 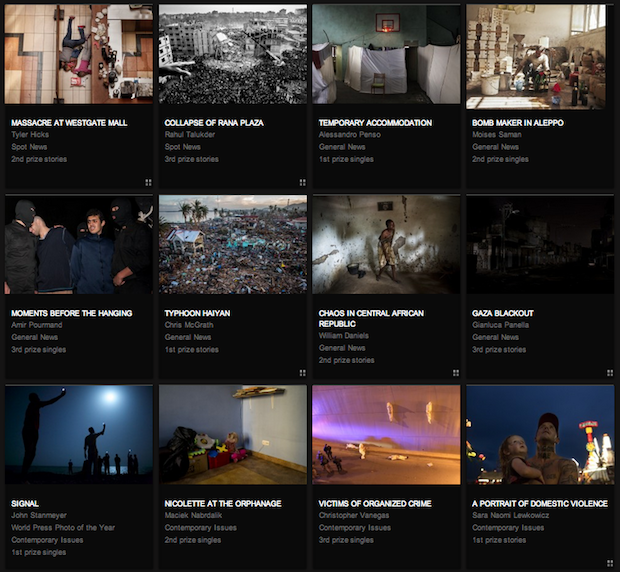 “It’s a photo that is connected to so many other stories — it opens up discussions about technology, globalization, migration, poverty, desperation, alienation, humanity.” said World Press Photo jury member Jillian Edelstein in an announcement. “It’s a very sophisticated, powerfully nuanced image. It is so subtly done, so poetic, yet instilled with meaning, conveying issues of great gravity and concern in the world today.”

Stanmeyer’s image took home top prize or “photo of the year,” but he wasn’t the only photographer recognized by World Press Photo. To browse through a gallery of the first, second and third prize winners in every category — including sports, daily life, portraits and nature — check out World Press Photo’s impressive awards gallery by clicking here.