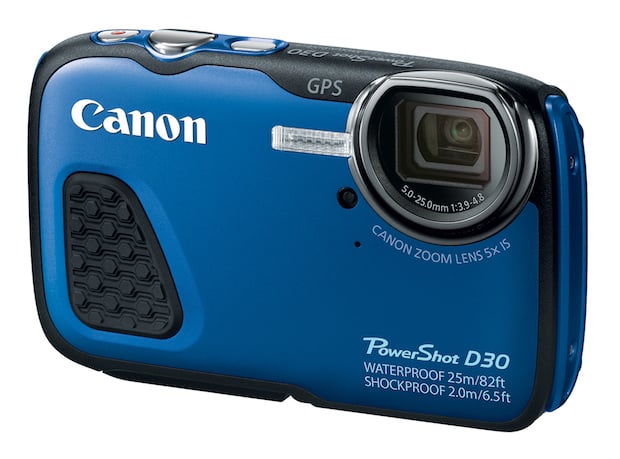 Last of the newsworthy announcements out of Canon for CP+ is a refreshed ‘tough’ or ‘rugged’ cam that boasts more impressive waterproofing than just about anything else in its class: the Canon PowerShot D30.

With the exception of a much improved waterproof rating — the D20 could go 33 feet underwater while the D30 can survive as far down at 82 feet! — the rest of the specs are fairly standard for a rugged cam. 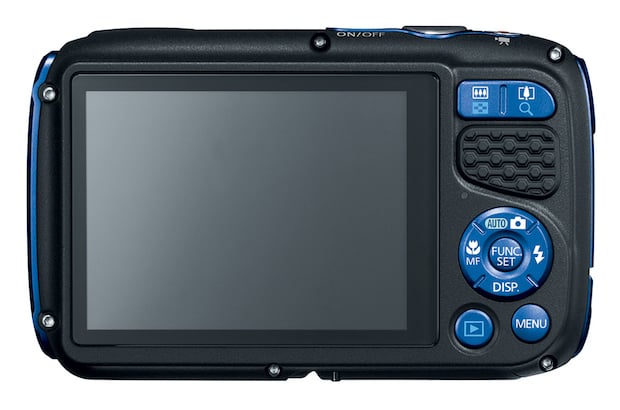 Other cameras released by Canon for CP+ are so typical (read: minor improvements that are sometimes difficult to even pick out of the press release) that they don’t bear mentioning in detail here. Three ELPH point-and-shoot cameras — the 135, 140IS and 150IS — and a new compact superzoom — the 30x optical SX700 — were also announced, and you can read all about those here.

The D30 is set to arrive in stores mid-April for $330 retail. Clickity clack this link to pre-order or head over to Canon’s Press Room to find out more.