On January 24th, 2014, the Macintosh turned 30 years old. Admittedly, 30 is a rough birthday for most humans, but even though the Mac seemed to take it pretty well, Apple still made sure to celebrate in style by creating a tribute video shot entirely on iPhones in just one day.

To be fair, one day didn’t mean they were limited to 24 hours of footage. Apple sent crews all over the world and gathered some 70 hours to work with, which was then edited down into the one minute and twenty seconds embedded above.

Here are a couple of behind the scenes shots: 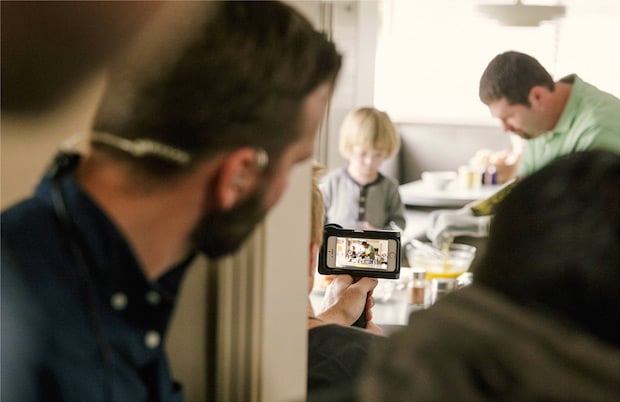 In all, 15 camera crews toting 100 iPhones were dispatched to five continents, each crew being led by a single director back in LA who was receiving the footage instantly via satellite or cellular connection.

Over the course of the day, we documented dozens of extraordinary stories. Archeologists creating 3D renderings as they uncover the buried secrets of Pompeii. A journalist in Puerto Rico editing video footage on his Mac from the back of a jeep. Kids in Paris making music on an iPad by simply moving their hands through sand.

Filming a full day in so many time zones meant the production actually took 36 hours to complete. But even that wasn’t nearly enough time to capture all the ways the world has changed over the last 30 years.

For more behind the scenes details from this iPhone-only shooting marathon, head over to the film’s webpage by clicking here.