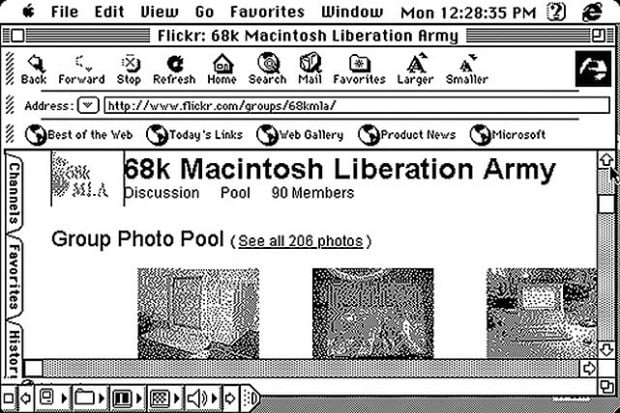 By tweaking a 25-year-old Macintosh SE/30, Jackson decided to browse around the web to see what websites looked like and how they functioned. He ended up giving Flickr a go and the above screenshot is what he was presented with. According to Jackson, it took a full five minutes to load just one Flickr page; just a bit slower than the second or two it takes now.