For the second time in one week, the Associated Press is making headlines of its own. Earlier in the week, the agency was praised by some and condemned by others when it decided to let a Pulitzer Prize-winning photographer go over an edited photo, and now the AP is going after George Zimmerman over a painting he was selling.

George Zimmerman is, of course, the man who was charged and ultimately acquitted for the murder of Trayvon Martin, and since his acquittal he has taken up painting. The issue is that one of his recent paintings seems to be a very Shepard Fairey-esque copy of an AP photo.

Both the painting and the picture — which was taken by AP freelancer Rick Wilson — depict Jacksonville-based prosecutor Angela Corey on the day she announced that Zimmerman would be charged with second degree murder. Here’s a closer look at both the picture and the painting: 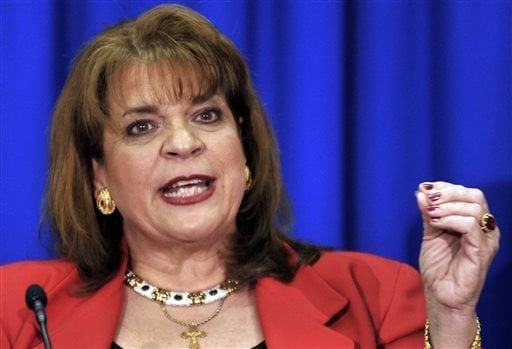 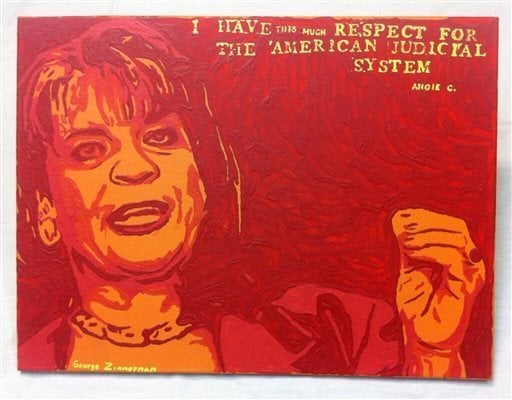 The painting came to light when Zimmerman’s brother tweeted about it, saying that they were in negotiations with a buyer. That’s when the AP decided to act. The AP sent a cease-and-desist letter, demanding that no sale be made or, if a sale is made, that the agency be paid damages. Considering Zimmerman’s last painting sold on eBay for over $100K, damages could be substantial.

Since the letter, the back and forth has gotten… shall we say… less than civil. “George Zimmerman clearly directly copied an AP photo to create his painting of Florida State Attorney Angela Corey,” AP spokesman Paul Colford said in a statement. To which Zimmerman’s responded (via Twitter) with the following:

No worries AP, I’ll just take whatever U sue me for off your tab when I’m done suing you :-) Or… I could put out how much U offered me 2…

Colford says he has no idea what Zimmerman is referring to.

The entire situation seems very similar to the case between the AP and Shepard Fairey, which ultimately resulted in a $1.6 million dollar settlement, plus a $25,000 penalty because Fairey destroyed evidence in the case. Perhaps the AP is hoping to head off a costly legal battle… or win a similar verdict if they can’t.

How to Photograph an Affordable Car Like a Supercar

The Power of Belief: An Interview with Photographer Natan Dvir