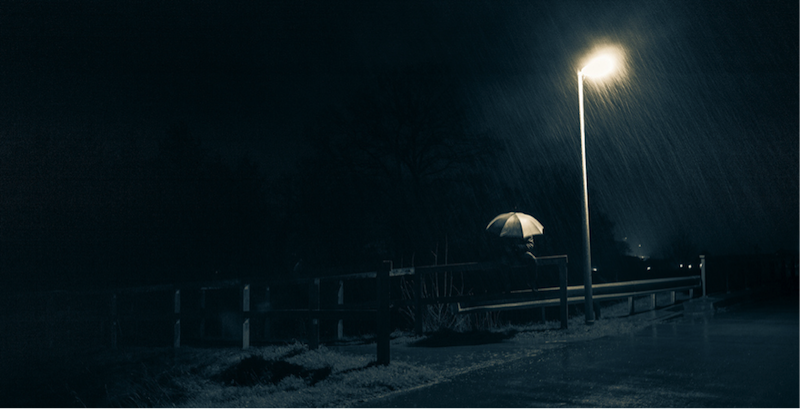 Just over a year ago, photography was my most precious hobby. I really enjoyed it and took photos fairly often, but I felt that if I wanted to take this thing to the next level, I had to do something extraordinary. A couple of days before New Year’s Eve I decided to start a “365 days 365 photos” project like so many other photographers before me. It felt like a great idea, and so I just went for it. What could possibly happen? 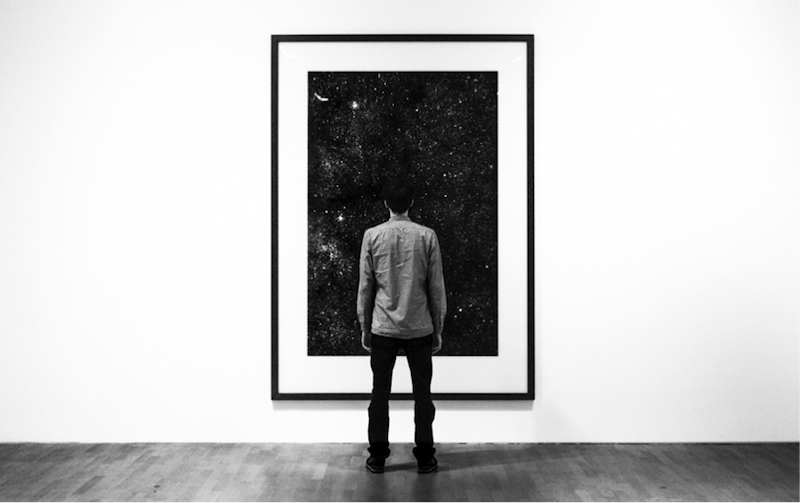 I signed up for Flickr on January 1st 2013. I wanted to have some sort of diary of the process, and the chance to maybe build an audience. I will never forget the moment when I got my first favorite, and then my first comment. It was amazing to see that there were others out there that seemed to like what I was seeing, feeling and capturing.

Still, as the days and weeks passed by, I still wasn’t too sure about what I wanted to shoot. As you can see, my first uploads don’t really have a common theme or idea. It was great that way, but after a while I lacked the fuel that kept my machine running. I didn’t really have a driving force behind my work. 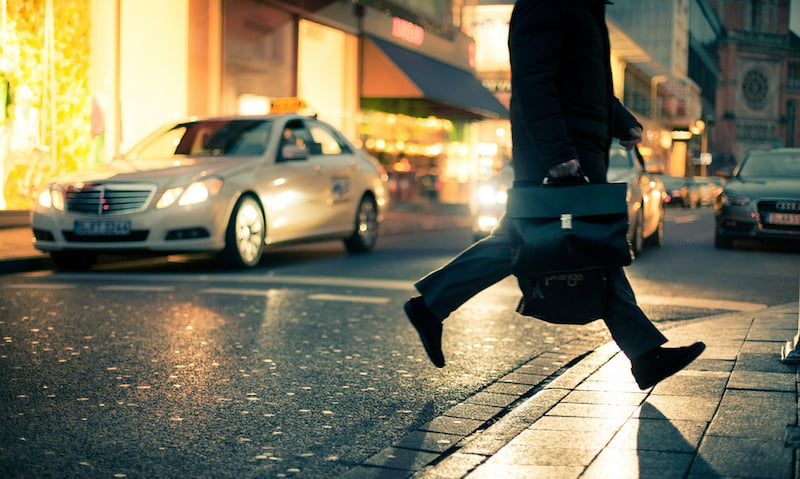 After a couple of weeks, I began focusing more and more on street photography. What made me feel really insecure in the first 1-2 months was the fact that my street photography was in a way different compared to the rest of the street photography community. I had a picture in my mind’s eye of the typical street shots — black and white with lots of things going on in them — and I just couldn’t make those happen. I tried and tried and eventually began giving in to the idea that maybe this whole photography thing wasn’t meant for me. I knew I had something in me, but I just couldn’t really set if free.

Eventually I reached my breaking point and said, “You know what Marius, this is your project and life and you can do whatever you think is right! Most people don’t care for your project anyways…”. With this attitude in mind, I began trying to put my personal stamp on my street photography. It felt amazing to take photos the way I felt them, without thinking in terms of genres and rules. I felt as though I had broken my chains for the first time. 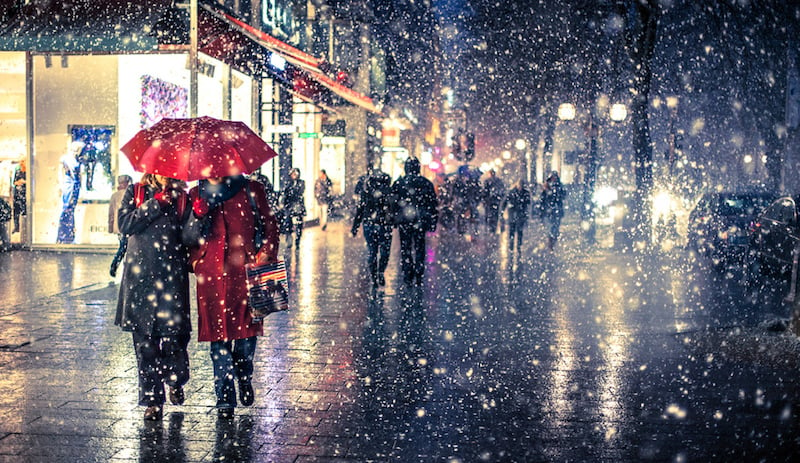 “Urban Lights,” (above) which I took on the 39th day of the project, changed everything. As a huge fan of Reddit, I submitted the photo to the Reddit & WideAngle Photo contest just for the fun of it. I’ll never forget the moment when they told me that I won 1st prize in this contest packed full of amazing contestants. I was in tears. This project meant and still means the world to me.

This was one of the first moments where I realized that maybe my photography might be better than I thought. Although awards don’t really mean anything to me, it felt amazing to know that even judges liked what I was doing. Over the course of the project, I won 10 more awards around the world and made it to 6 shortlists. These awards made me happy, but they didn’t compare to the first time someone told me that they started out with photography because of me… that I was their inspiration. This still puts a smile on my face that no award or prize money could ever give me. I really don’t care for money, I care for people. 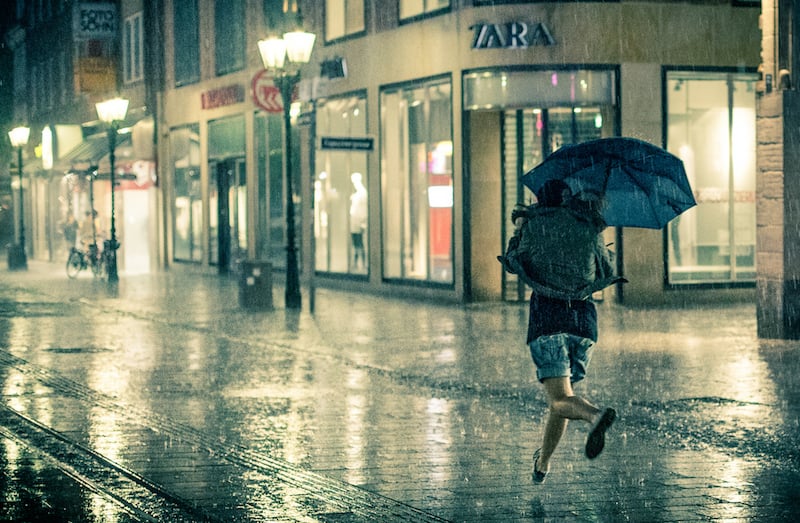 Slowly, everything began changed. At first my daily photo walks were a nice change of scenery after sitting in the office for 9-10 hours a day as a market researcher for an international media agency. However, after 5-6 months, I felt that photography had become more important to me than my actual job. I used every free minute I had to take new shots and spent my nights post-processing until 2AM.

All of a sudden the job that I got straight out of college and that I in fact went to college for (communication science, psychology and marketing) was the change of scenery for me. My heart and soul were committed to my photography. It wasn’t a hobby anymore, and it wasn’t just a passion of mine — it was my life. 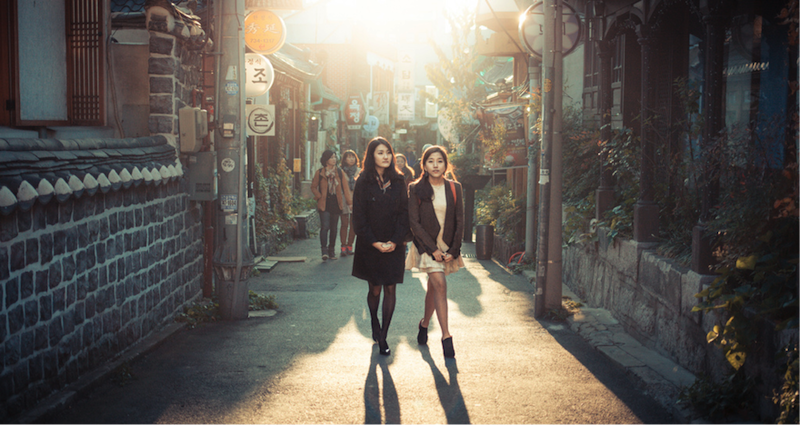 It wasn’t until South Korea that I truly realized this. I took three weeks off to discover this wonderful country and get some shooting done. Walking down the streets of Seoul got me thinking, “How amazing would it be to just travel around the world and take photos?” This would be a dream of a life. People over there asked me what I do for a living. I couldn’t tell them that I was a market researcher, since I didn’t feel like I was doing that anymore. I was doing market research for a living, but I was living for photography. So I always told them that I was a photographer, and it felt right. Truly right. 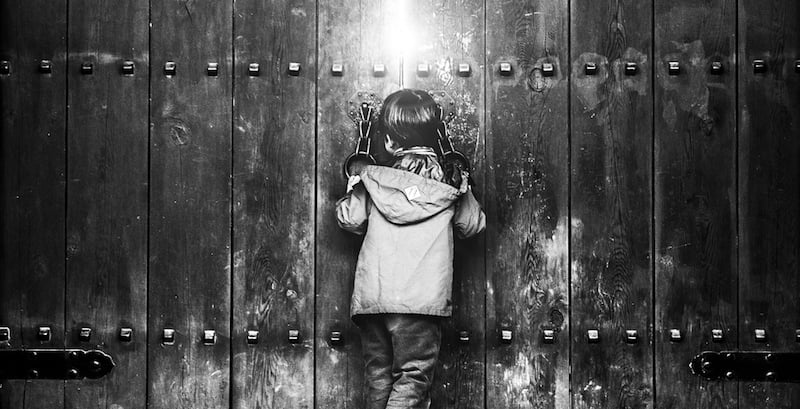 When I got back from Korea and back to my everyday life, we had a new CEO that wanted to talk to everyone since he was new to the office. He sat down with me and at the end of our conversation asked how long I was planning to stay since fluctuation had become a huge problem. I told him “Look, I could tell you anything right now, but I’m gonna be honest with you. I want to live my dream and I’m gonna leave soon.”

This was really hard but liberating to say. It was a huuuuge step for me. I felt somehow both miserable and relieved for days after that. I told my other supervisors one hour after that talk and handed in my notice one week later. It takes 4 month to get out of my job, so I’m officially going to be free to live my dream starting in March.

The truth is, my old job might pay well and offer me a high standard of living, but that’s not what I want in life. I don’t care for money, nor do I care for materialistic happiness. True happiness can’t be bought. It’s the simple things in life, like breathing the air, looking at the stars, eating good food, laughing and sharing moments with wonderful people. That’s why I love life and art. 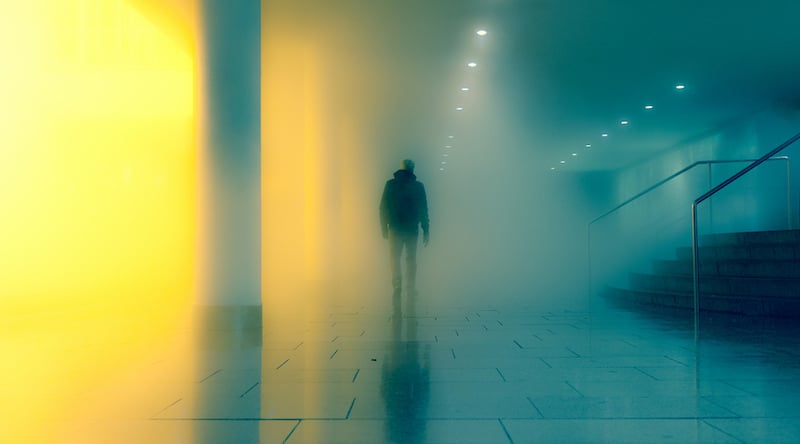 I always dreamed of this kind of life. Quite a few galleries in Germany are interested in my work, and together with an international art dealer and my own shop I will start to sell my art soon. It’s a dream come and still coming true! It demands hard work and perseverance, but hey, let’s make the impossible possible.

Mark Twain once said that “The two most important days in your life are the day you are born and the day you find out why.” This project showed me that I want to live as an artist. I want to thank everyone who was and still is a part of this journey from the bottom of my heart. I couldn’t have done it without you. 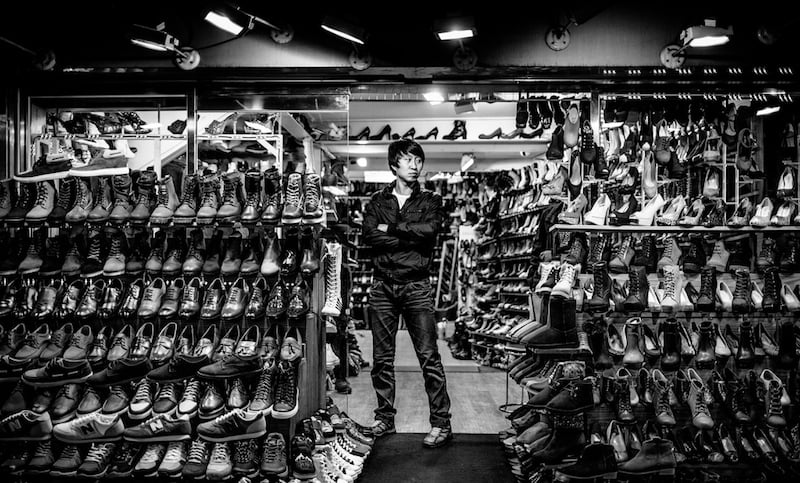 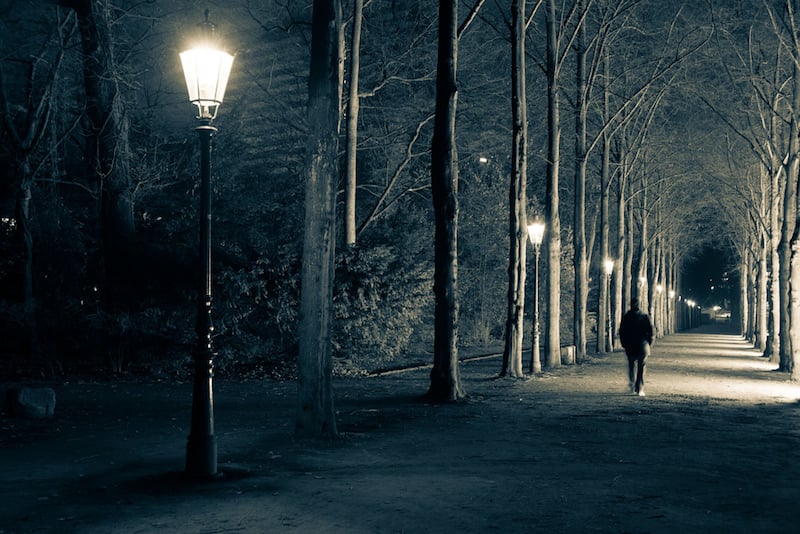 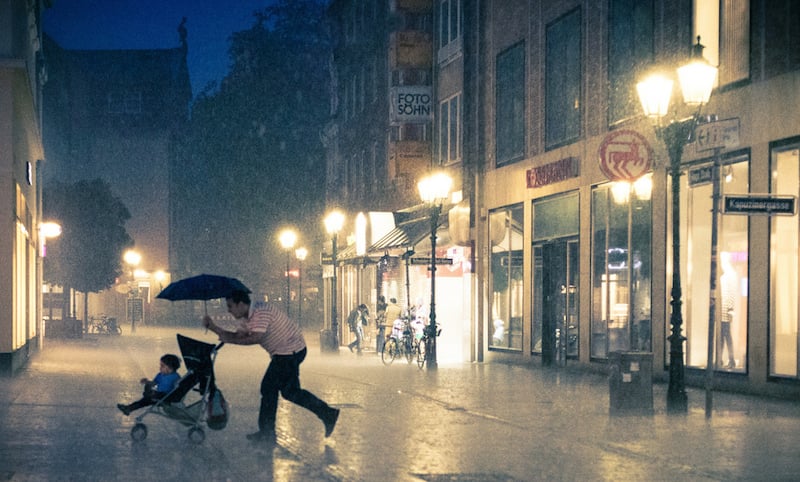 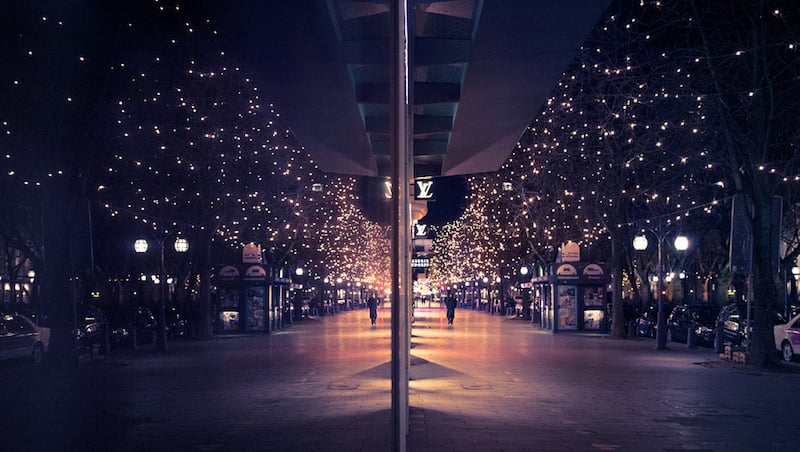 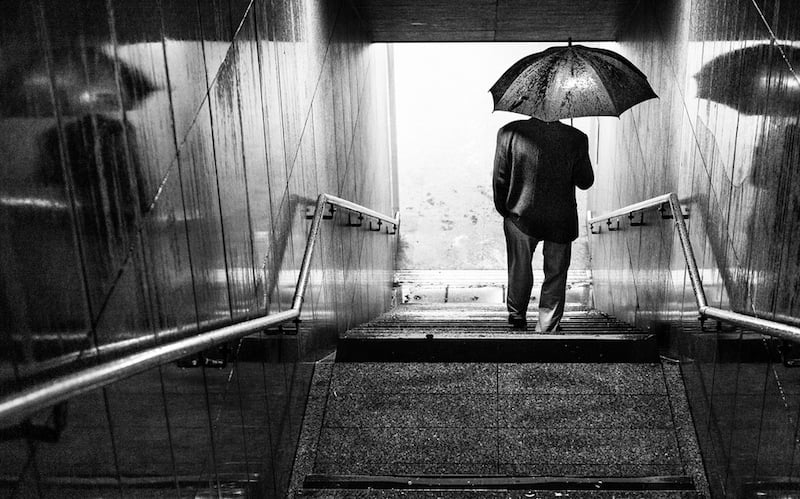 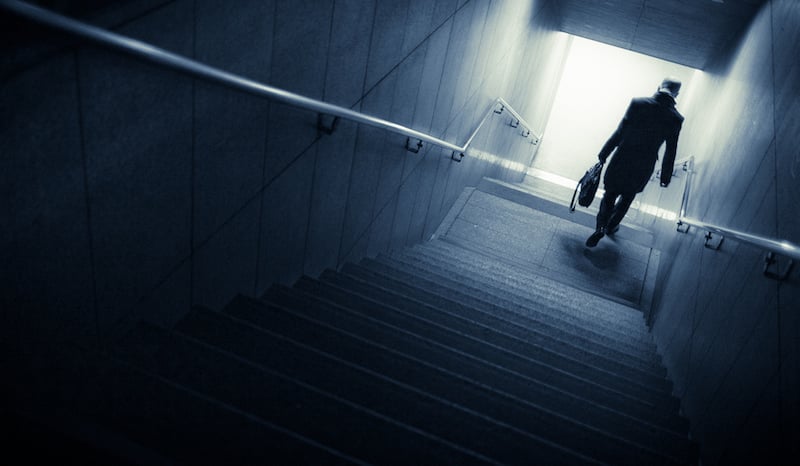 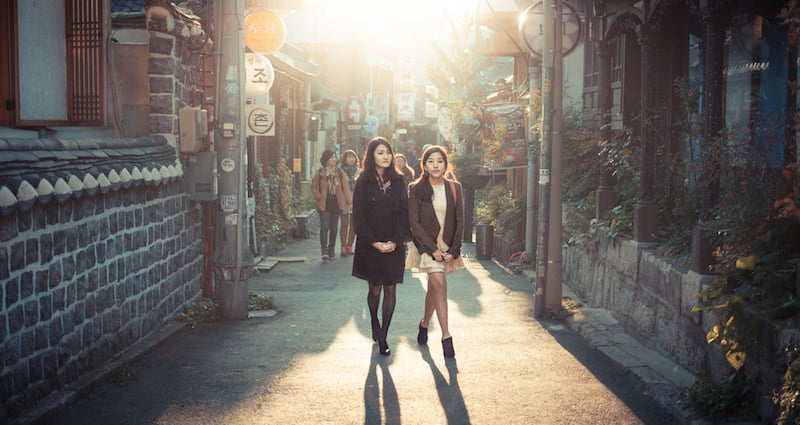 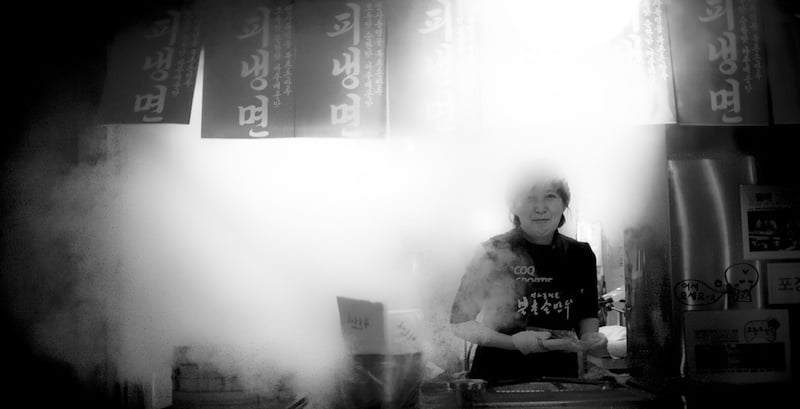 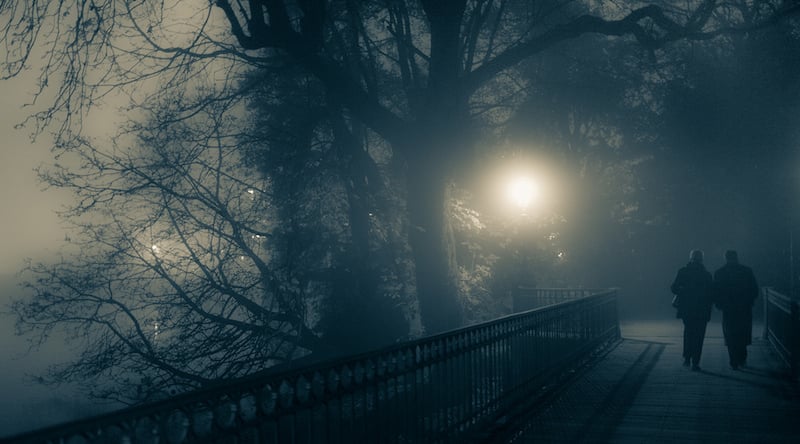 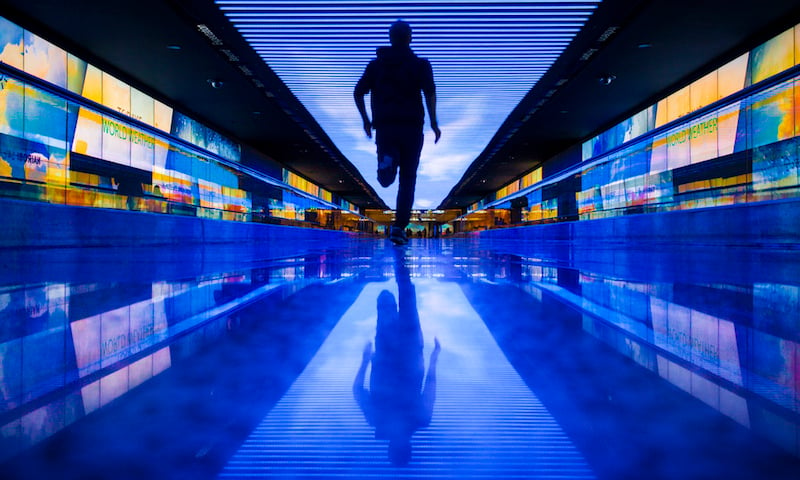 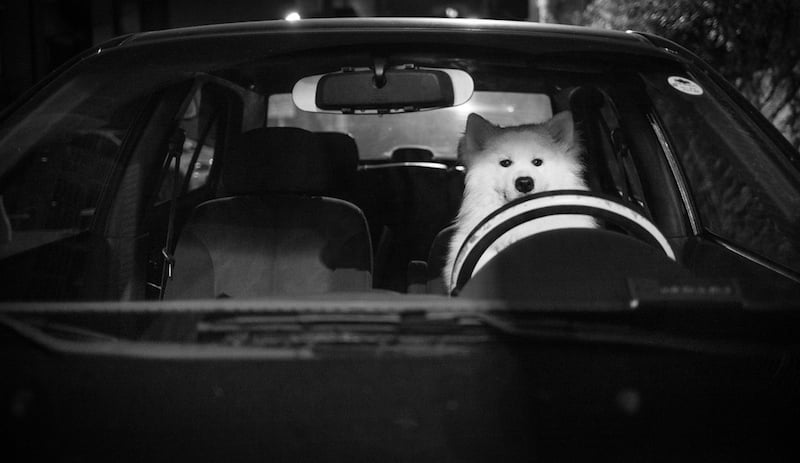 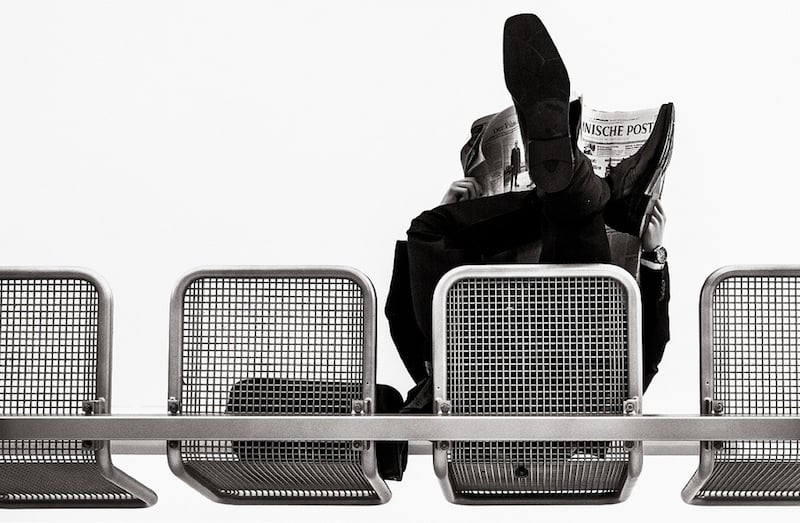 About the author: Marius Vieth is an artist from Düsseldorf, Germany. One year ago he started a 365 days project that turned his life around. After quitting his safe 9 to 5 job he now dedicates his life to creating art, traveling around the world and meeting other passionate photographers. You can join him on the road less travelled by on Facebook, Flickr, Twitter, Google Plus, 500px and his website. This article originally appeared here.

‘Revising History’ Through Photoshop: An Interview with Jennifer Greenburg