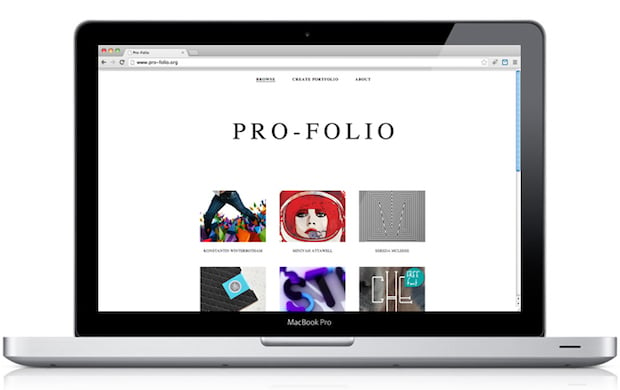 You know, it used to be even photography thieves had to put some work in if they wanted to get a bit of dishonest business, but a new project by the name of Pro-folio shows that just a little bit of code can make stealing photos and creating a whole fake portfolio a one-click affair.

Pro-folio is an academic project by Royal College of Art student Sures Kumar. He describes it as “a speculative academic project aimed at intellectual stimulation and debate regarding the identities generated online,” but for photographers it might also qualify as “scary as crap,” or other similar scientific terms.

Creating a fake portfolio with Pro-folio (which is currently undergoing some technical changes) takes just one step: type in your name.

Once you’ve done that, the website automatically pulls from “various online sources” (such as public Behance galleries) and creates your very own fake portfolio so compelling it took testers an average of four minutes before they began questioning the site’s authenticity. 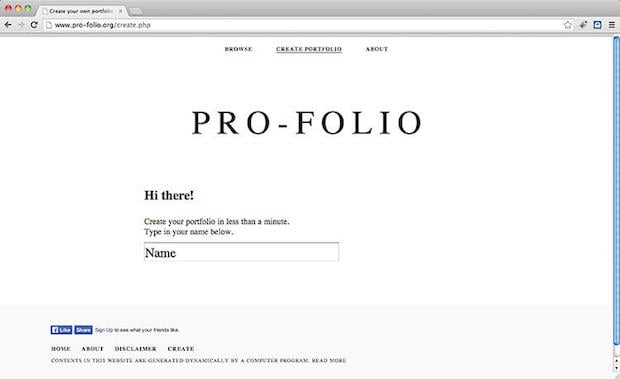 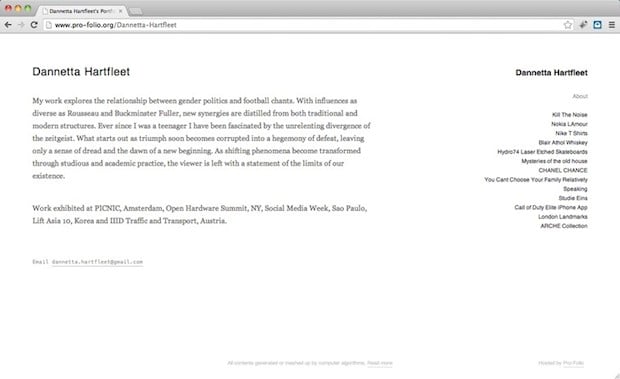 What’s more, because the project is designed to basically predict a future where machines can generate realistic online identities at will, the system doesn’t even need your name. It can do a good enough job on its own:

Theoretically, the algorithm can generate up to 690,903,803 trillion fictional identities with unique name and work combinations. Data from various online sources are used to generate these portfolios…

The system constantly learns from the users behavior and ranks identities and projects. Thus a score value is assigned for each successful combination eg. (First Name – Last Name), (Full Name – Location), (Name, Place – College), etc. Based on these scores the algorithm generates identifies which are more believable and engaging.

To find out more about Pro-folio or on the off-chance you want to mess with it and create your own for fun (once the website is back up and running, that is) head over to Kumar’s scary project by clicking here.