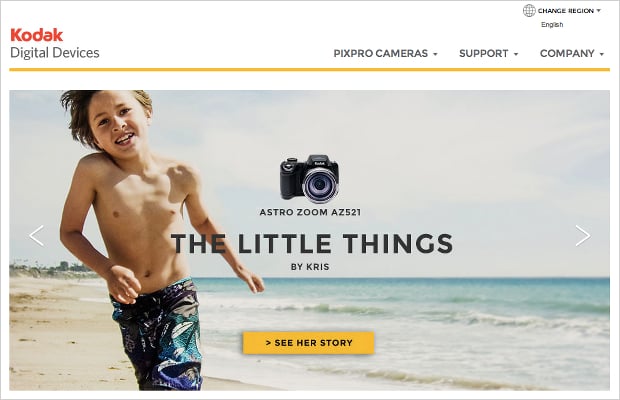 There’s one final gear announcement from CES that we just didn’t manage to get to this week, and that is the new line of Kodak-branded products that JK Imaging showed off at the trade show. From lens cameras that look an awful lot like cheap knock-offs of Sony’s QX10 and QX100, to an updated line of superzooms, a Micro Four Thirds model and a couple of ‘rugged’ action cameras, here’s what JK/Kodak brought to the CES table. 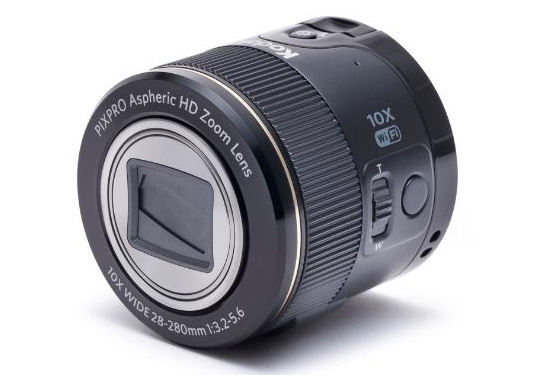 First up, the release that has many a news outlet calling JK Imaging’s originality into question: the new Sony QX-like lens cameras. To be fair, any smartphone lens camera will bear a resemblance to the original, but the new Kodak SL10 and SL25 smart lenses look a little cheaply made for our taste.

Like the QX10 and QX100, you have a lower end and higher end model to choose from:

The SL10 is the smaller of the two, boasting a 10x 28-280mm equivalent zoom lens, 1080p video capability, a microSD slot and built-in WiFi which it uses to communicate with a free iOS and Android app. The SL25 is the more expensive model, offering more reach with a 25x 24-600mm equivalent zoom lens but no other distinguishing factors that we can find.

Conspicuously absent from the press release is any mention of sensor size or megapixel count. Both will be available starting in Spring of this year, and will cost you $200 and $300 for the SL10 and SL25, respectively. 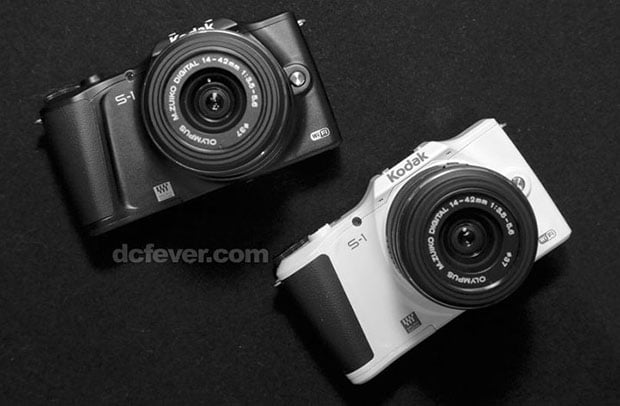 The other headline-worthy announcement from JK Imaging at CES had to do with the long-awaited Kodak S-1 Micro Four Thirds camera we’ve all heard so little about. Now, finally, we get to put some specs to the images that came out back in May.

The MFT shooter will arrive in stores this April and is set to cost $500 for a single lens kit and $600 for a twin lens kit.

The last few announcements consist of a set of updated Astro Zoom budget superzooms — one of which boasts a massive 65x optical range — and a couple of new action cameras.

The only camera of note in this lineup is the new AZ651 superzoom, which makes its mark with a crazy 65x 24-1560mm equivalent zoom lens. Other specs include built-in OIS (as if it could do without…), 1080p video capability and a 3.0-inch articulating LCD. All of this for only $350.

The rest of the updated Astro Zoom line includes the new AZ521, AZ421, AZ361 and AZ251, which, as far as we can tell, differ only in zoom range and price. In the order mentioned above, the bridge cameras offer 52x, 42x, 36x and 25x zoom, respectively. The AZ521, unlike its brethren, will also offer WiFi.

All of the models will arrive in Spring, priced between $140 and $250 so that people on every budget can have a superzoom of their own. 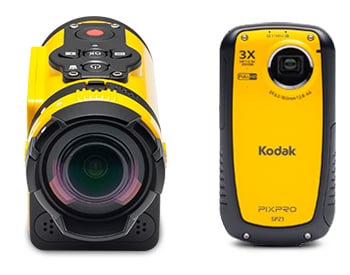 On the entry level is the SPZ1, which offers a 14-megapixel CMOS sensor, Video Image Stabilization and 3x optical zoom. It will retail for $140 when it arrives in stores. A step up from that is the SP1, which sports a 160 degree ultra-wide-angle lens and built-in Wireless capability, and will retail for between $170 and $230 depending on the accessories you choose to have packaged with it.

For more information on any of the cameras mentioned above, head over to the JK Imaging Kodak website by clicking here.

No Paris? No Problem! Using a Backdrop and Shallow DOF to Fake a Location Shoot