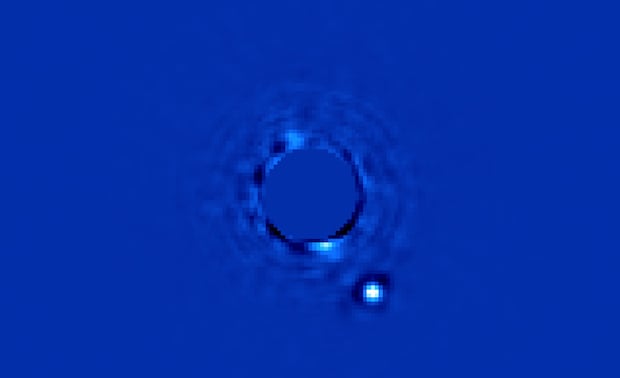 Although it might not seem like much, the photo above might just be the most extraordinary image you have ever seen. Not because of crazy high megapixel count or amazing composition or even subject matter — we’ve seen images of planets orbiting stars before — but because it is the first ever image of a planet and its star over 63 light years away.

Lets put that in perspective. One light year is approximately 5.88 trillion miles. Multiply that by 63 and you realize that what you’re looking at is 370.44 trillion miles away. If your brain is smoking just trying to fathom that, you’re not alone. 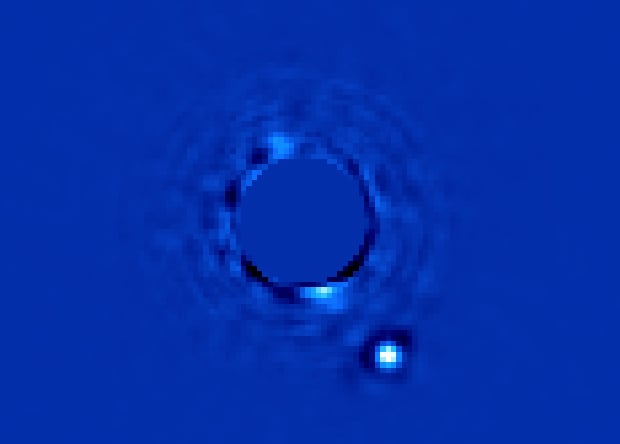 The image was taken by the Gemini Planet Imager, an incredibly powerful instrument that sits right here on Earth — in Chile to be exact. Using the magic of Adaptive Optics, they were able to capture this groundbreaking image of the 10-million-year-old planet Beta Pictoris b orbiting the massive star Beta Pictoris.

But the best part? Now that the tech is up and running (after nearly a decade in development) images like this will become much more commonplace — giving us a glimpse into worlds unfathomably far away while affording scientists the data required to answer all sorts of intergalactic questions.

If you’d like to learn more about the photo — i.e. how it was taken and more details about what exactly it is you’re looking at — head over to the Gemini Observatory website by clicking here.

Is Lomography Preparing to Unveil a Movie Projector?