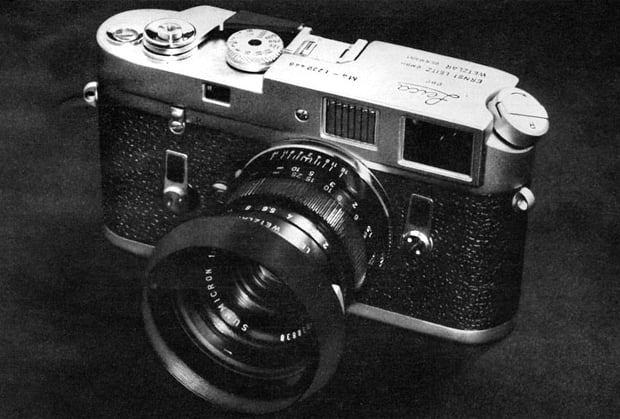 There’s something awesome about vintage ads. This rings especially true for photography ads, because while technology ads of the past for things like computers or other gadgets might seem comically archaic, the text in something like this Leica M4 ad could very well be seen in the next Pure Photography-like campaign.

The ad, which you can see in its full glory below, is the for the Leica M4 and probably came out sometime in the late 60s (the M4 debuted in 1967).

In the text, Leica touts the M4 as ‘The Think Camera,’ practically bragging about its lack of electronic circuitry and indicators that had become commonplace in film cameras at the time. This camera, boasts the ad, is for “those of you who prefer to do your own thinking, your own creating.” 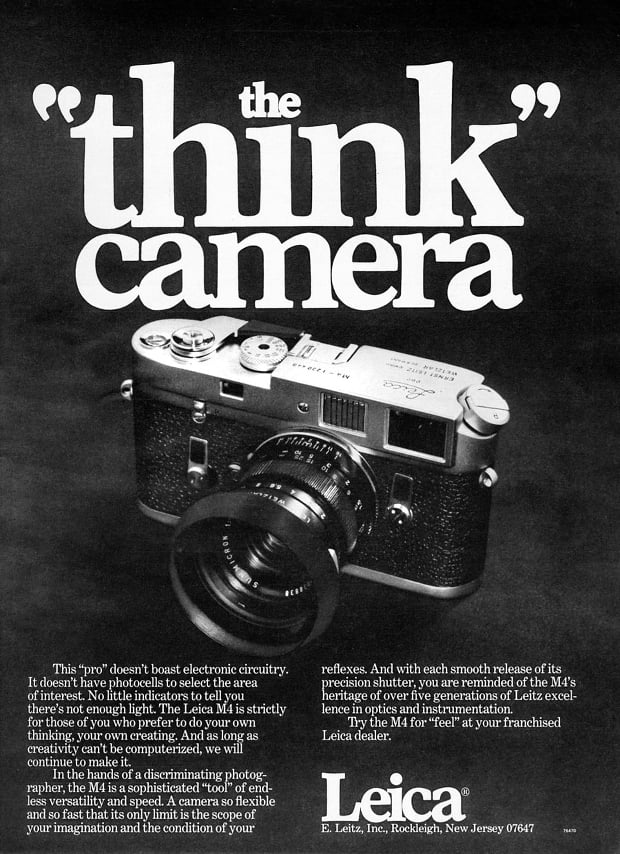 Like we said, we could see this same sort of text in the next Nikon “Pure Photography” teaser campaign. Where photography is concerned (or at least serious photography) the tool remains secondary, and so advertisers can brag about the lack of specs with almost as much passion as they stack the spec sheet.

As the text reads:

In the hands of the discriminating photographer, the M4 is a sophisticated “tool” of endless versatility and speed. A camera so flexible that its only limitation is the scope of your imagination and the condition of your reflexes.

Check out the full ad above to read it for yourself, and if you want to see even more vintage M4 advertising awesomeness, click here to head over to the Leica Diaries website where this ad is joined by seven others!