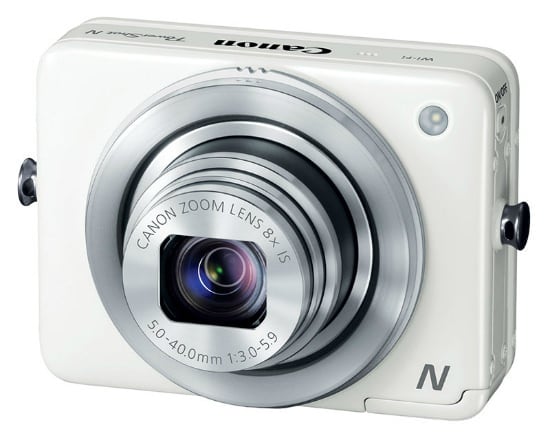 As smartphones have risen to compact supremacy, slowly killing the point-and-shoot market as a result, every company has tried one thing or another to somehow save the compact. Now, it’s Canon’s turn. But instead of adding a gimmicky feature, or doing away with compacts all-together in favor of mirrorless systems, the company has decided to re-invent the wheel… okay, the point-and-shoot.

The result is the new PowerShot N, a compact camera that has no top, bottom, left or right — it’s an incredibly thin square with a center-mounted lens and articulating screen you can use however you see fit. 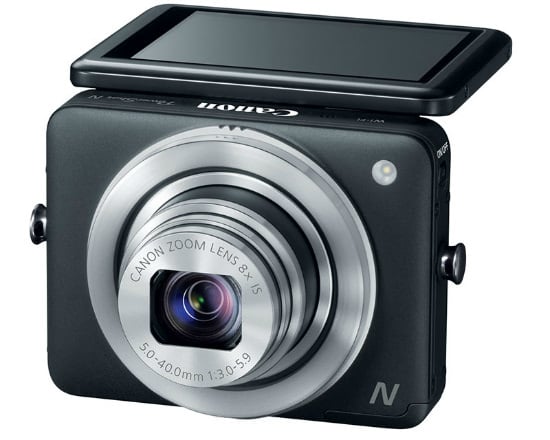 Spec-wise, the new pocket-sized point-and-shoot sports an 8x 28mm f/3-5.9 lens, 12MP CMOS sensor and DIGIC 5 processor capable of an ISO range between 80-6400, all packed into just 1.1 inches of thinness. On the back you’ll find a 2.8-inch, 461k-dot articulating touchscreen that articulates only one way, but that shouldn’t be a problem, since you can just turn the whole thing upside down (or right side up?) if the occasion calls for it. Controlling the camera is done using the two rings around the lens: one for zoom, the other shutter release. And, of course, just like any good point-and-shoot, the PowerShot N can also shoot video — 1080p and 720p at 24 and 32fps, respectively.

Other noteworthy features include an Eco mode for conserving battery, an ‘Intelligent Scene Analysis’ mode that will crop and enhance your photos for you without altering the original and, of course, WiFi connectivity. The N is set to ship in April at an MSRP of $300, alongside a set of accessories that will use the camera’s small size and unique shape to their advantage (think: creative ways to keep it attached to your body at all times).