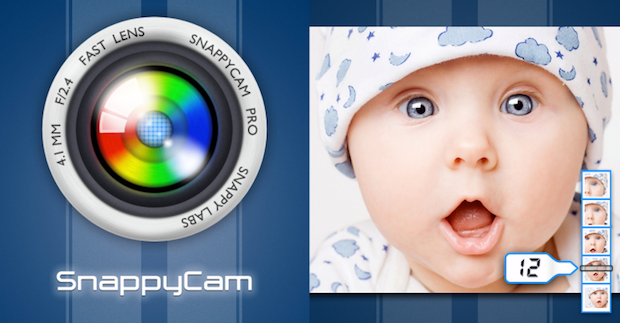 Apple might be intent on making high-speed burst mode a ‘thing’ in future iPhone models, given that the Cupertino tech giant just acquired a one-man startup known for building an app that could push the iPhone to 20-30fps burst without sacrificing resolution.

The startup in question is SnappyLabs, which was created and run by electrical engineer John Papandriopoulos. Papandriopoulos and his company’s claim to fame was SnappyCam, a $1 app that allowed the iPhone’s camera to take full-resolution photos at 20-30fps.

Reports began making the rounds yesterday that Apple had acquired (or, rather, aquihired) the one-man team behind SnappyLabs because both the SnappyLabs website and the SnappyCam app had disappeared. Earlier today, Apple issued a statement to Re/code basically confirming the acquisition in its own roundabout way.

No word on how much the acquisition cost Apple, but given that other major tech companies were supposedly expressing interest at the same time, it couldn’t have come cheap.

Investing in improving the photo capabilities of the iPhone is a safe bet for Apple, so don’t be surprised if high-res rapid fire burst mode is a key feature in the next major release of iOS.