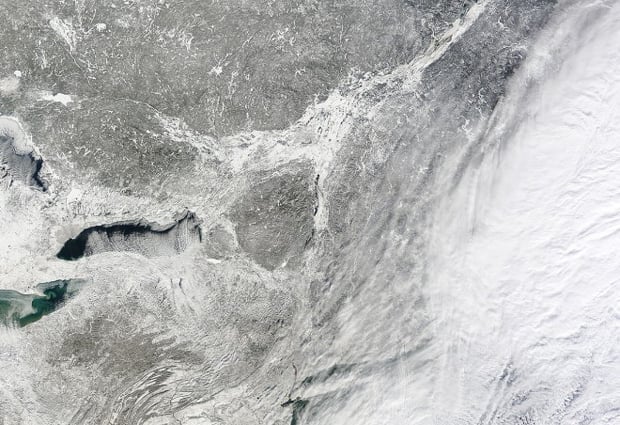 The last couple of days have seen the east coast battered by a huge blizzard known as winter storm Hercules. Thousands of flights have been grounded and many schools were closed yesterday as entire cities began digging themselves out of snowfall that ranged from just a few inches to almost two feet in some areas.

Of course, being there is the only way to truly experience and understand the magnitude of the storm, but this satellite image gives us a small inkling by capturing the blanket of white Hercules left in its wake. 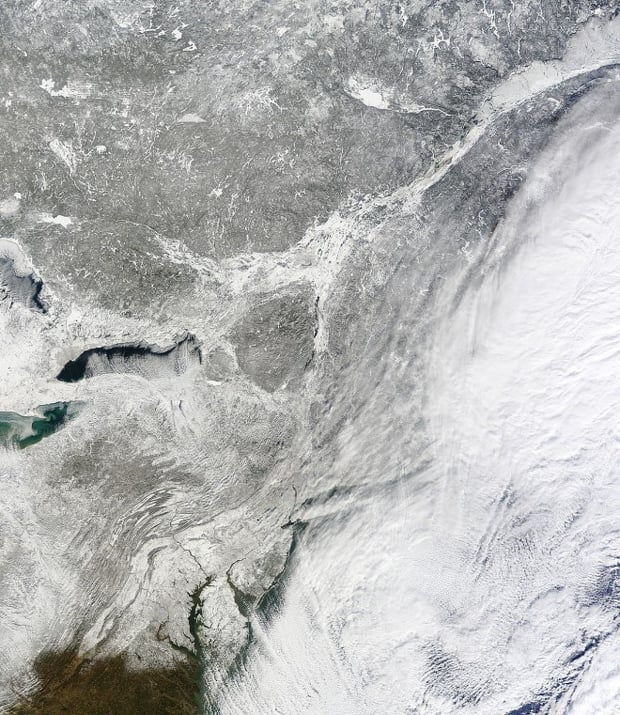 The true-color image was put together from photos taken by NASA’s Terra satellite between 10:15am and 1:35pm Eastern time yesterday January 3rd. You can find out more about the image by clicking here.