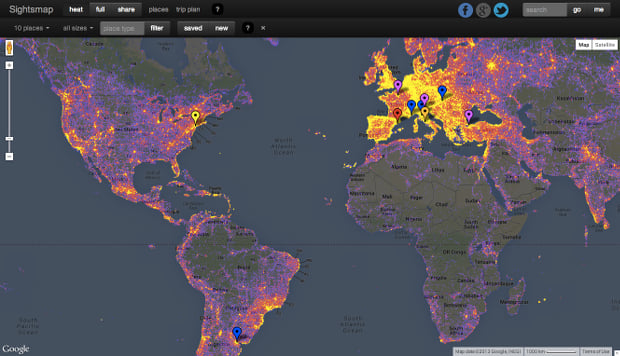 Two weeks ago, Instagram released its annual top 10 lists of the cities and locations that were photographed most often using the photo sharing service. But this year, Google has seen fit to one-up them by releasing a heat map that gives us a more visual representation of the most photographed places in the world.

The photo data was pulled from Google Maps Panoramio service, which strives to attach geo-tagged photos to locations in Google Maps and Earth so that users of those services might get a better feel for the location they’re digitally exploring. 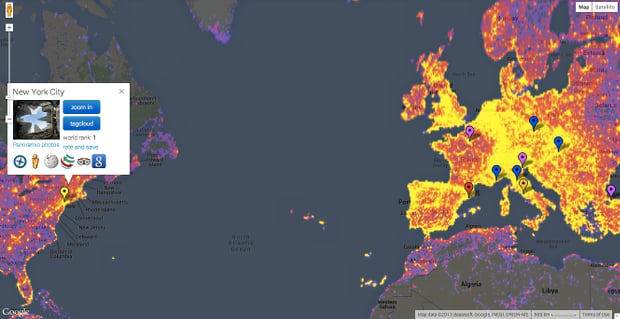 As such, Google’s data is incomplete and won’t necessarily overlap with the list compiled by Instagram. New York City still hits number one, but Rome and Barcelona take the two and three spots and those cities didn’t even appear on Instagam’s list.

Still, the map is a fun, interactive way to explore the photography hotspots of the world and, just maybe, discover a few highly photographed places you’d like to someday see in person. To take a gander at the map for yourself, head over to Sightsmap by clicking here.

BTS: How the Sony Skydive Lens Change Ad Was Filmed… and No It Wasn’t Fake