When it comes to iconic imagery, there are few individual photographers who can best NASA. From the pale blue dot, to the blue marble, to the amazing photo of Bruce McCandless II floating out into space on the first ever untethered space walk, NASA’s got quite a repository of amazing imagery.

One of those iconic images, dubbed AS8-14-2383 but better known as Earthrise, is about to turn 45 years old on Christmas Eve. And so NASA thought it appropriate to share the story of how luck and teamwork helped the astronauts of Apollo 8 capture this photo.

Besides the fact that the photo is about to celebrate a momentous birthday, the real reason NASA has put together the video reconstruction above is that data from its LRO, combined with images captured by one of the Hasselblads on board Apollo 8, have shed light on exactly how the spacecraft was moving when the picture was taken.

Here’s the photo, although we highly doubt this is the first time you’re seeing it (click here for higher res): 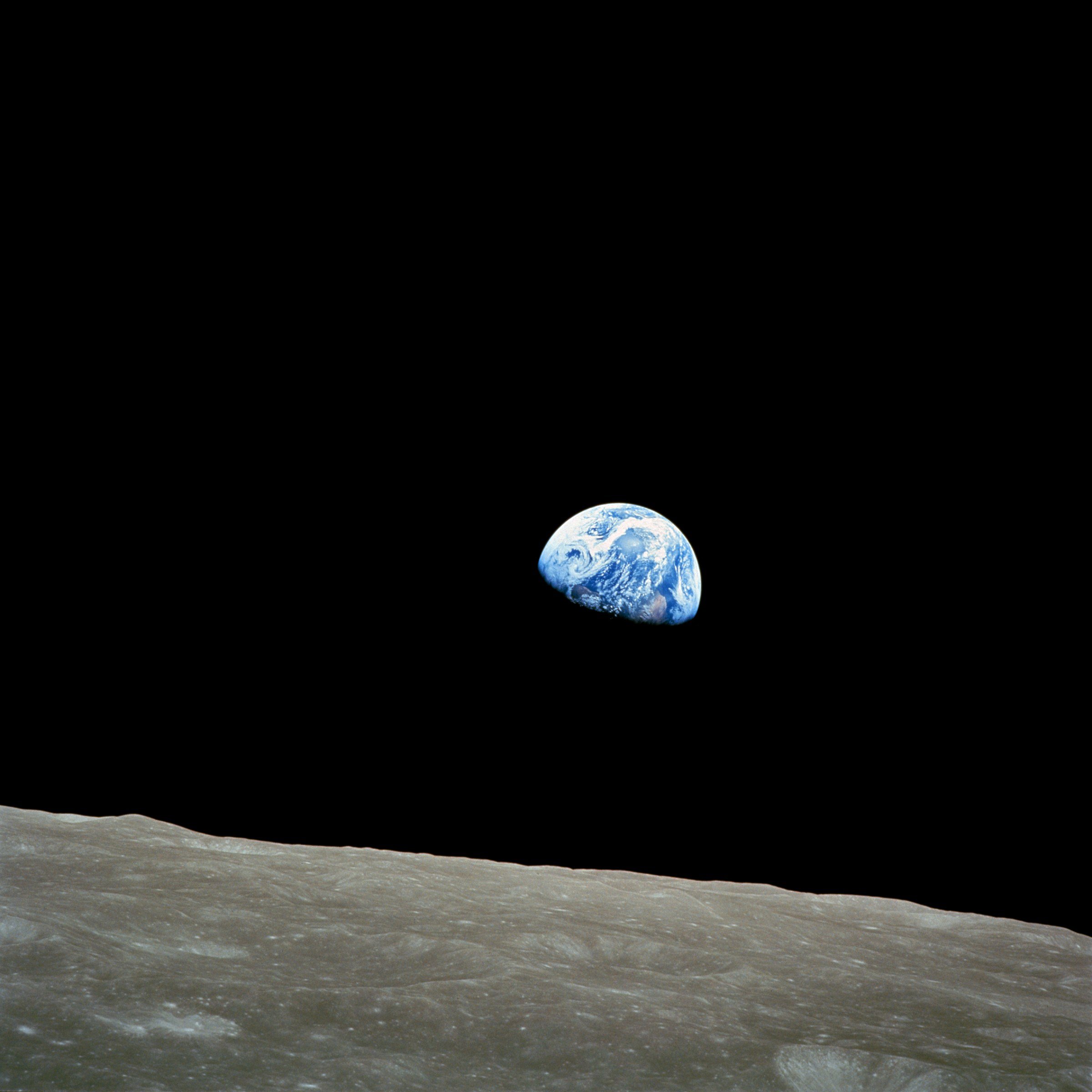 But this recreation isn’t just about sharing data with you, NASA’s Goddard Scientific Visualization Studio takes you INSIDE Apollo 8. You hear the astronauts speaking to one another as Frank Borman initiates a planned roll, and you’re looking out the window when Anders spots the Earth and all three scramble to get him a roll of color film.

We dare you to try and keep the goosebumps at bay when you look out of the spacecraft’s side window alongside astronaut William Anders and see the Earth begin to rise on the horizon. Anders sure couldn’t. From the recording:

Anders: Oh my God, look at that picture over there! There’s the Earth coming up. Wow, is that pretty!
Borman: Hey don’t take that, it’s not scheduled.
Laughter
Anders: You got a color film, Jim? Hand me a roll of color, quick, would you?
Lovell: Oh man, that’s great!
Anders: Hurry. Quick.
…
Lovell: Here.
Anders: I think we missed it…
Lovell: Hey, I’ve got it right here [in the hatch window]
Anders: Let me get it out of this one, it’s a lot clearer.
Lovell: Bill, I got it framed, it’s very clear right here! Got it?
Anders: Yep.

We won’t transcribe any more of it (although we want to) because you’re going to want to listen to the recording yourself. It’s obvious that the astronauts knew what they were capturing as each of them gets excited, telling Anders to take several photos and even suggesting proper camera settings.

Lovell described the Earth as seen from the Moon as “a grand oasis in the vastness of space,” a sentiment captured beautifully by this, one of the most iconic images of the 20th century. And now, we get to very nearly experience the feeling that inspired those words for ourselves. Enjoy!