In a world dominated by too many photos and too little photography, one of the pieces of advice we stumble across fairly often from masters of this craft is to simply “slow down.” Andy Romanoff is one such master, and his project “Seeing the PDC” — for which he spent 6 months photographing the Pacific Design Center in LA — is a testament to slowing down and really seeing what it is you’re trying to capture.

Andy Romanoff has five decades worth of experience under his belt, during which time he has worked as a photographer, cameraman, designer, inventor and businessman. And yet, the experience of spending a full six months photographing the same trio of buildings was new and educational even for him.

The luxury, the beauty of shooting this place has been that I could come here day after day and walk around…

The building began to reveal itself, because when you stay in a place for a while the sun chances… I would revisit the same angle, the same place that I had photographed before, and it was different. Maybe I was seeing it different, maybe after having seen the building for several months my reaction to the same spaces was coming alive again.

I’ve never had this experience before. I’ve spent my life photographing, as most people do, in short bursts. And to be able to wake up every week and come back and revisit the same large complex space has been a wonderful thing. 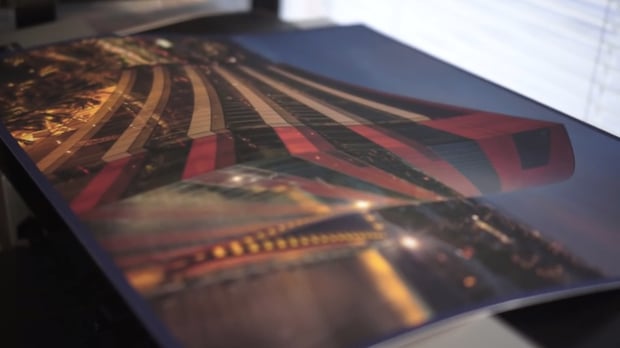 If a photographer with decades of experience, whose first camera was a Kodak Brownie, admits to benefiting immensely from slowing down, how much more could most of us?

Check out the full behind the scenes video at the top, and if you want to get more BTS tidbits about this project, be sure to visit the video creator Aric Allen’s blog to read about his experience following Romanoff around or check out this NY Times article on “Seeing the PDC.”