Stunning, breathtaking, Oh Em Gee, however you want to put it, the photos in this post are incredible to look at and incredibly difficult to capture. Not because it takes any crazy skills to properly photograph the Grand Canyon, but because the atmospheric conditions necessary to make these photos possible happens only about once per decade!

Smaller versions of this happen about once or twice per year, Park Ranger Erin Whittaker told The Daily Mail, but a full inversion like the one that happen this last Friday takes place only about once every ten years. As you can see, it’s quite a sight to behold: 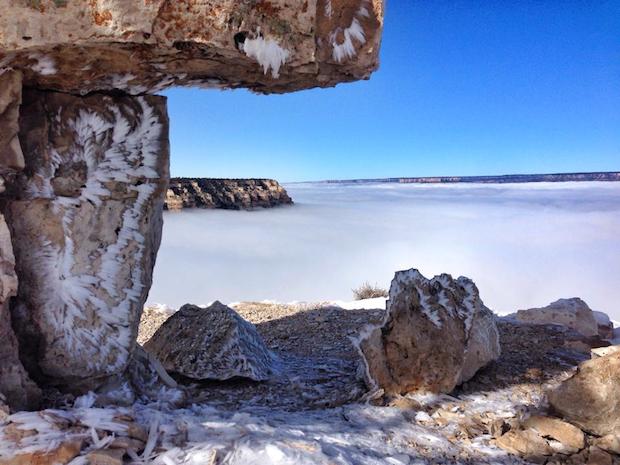 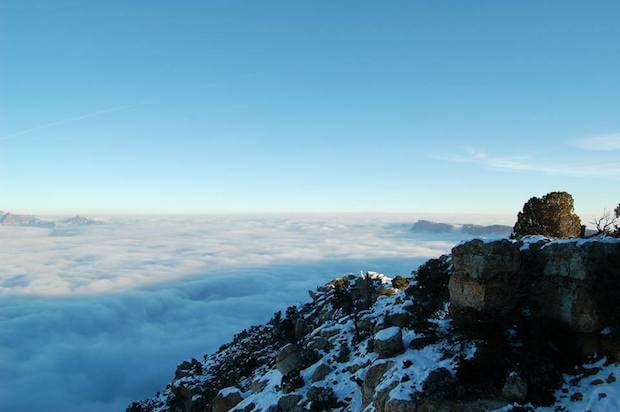 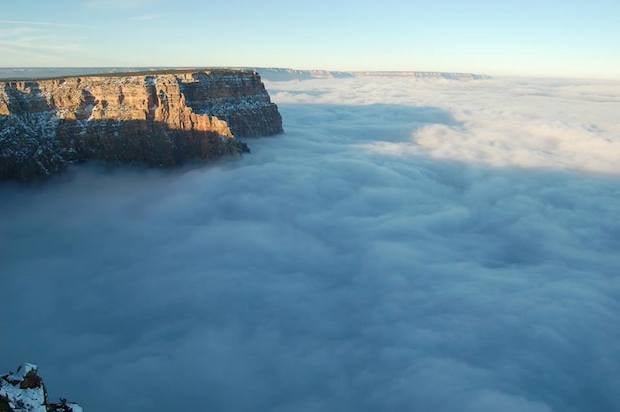 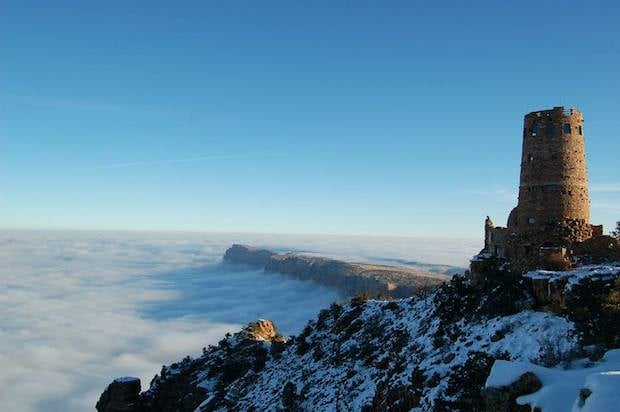 Ironically, Ranger Whittaker said that some of the tourists thought this was a typical occurrence and were disappointed that the pesky fog was obscuring their view of the Colorado River, an annoyance Whittaker and her colleagues quickly alleviated when they explained how rare the vista they were being treated to really is.

And once word got around that a gorgeous full inversion like this was happening under clear blue skies (yet another rarity), Whittaker said that “Word spread like wildfire” as locals streamed into the park to photograph the phenomenon. Whittaker called it “a treat for all.”

To find out more or see more pictures of this “Ocean of Clouds” shared by the National Park, head over to their Facebook page and feast your eyes.