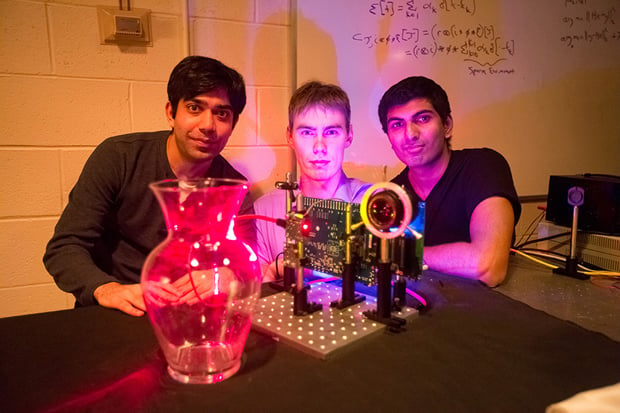 A super-fast, affordable new camera currently under development at MIT could improve everything from video game experiences to driving safety, researchers reported at a recent tech convention.

The technology is similar to a high-speed “femto-camera” developed at MIT that can capture objects at a trillion frames per second. Problem is, that camera costs $500,000. The new “nano-camera,” on the other hand, is almost as faster, smaller, and — by using off-the-shelf LEDs as strobes — can be built for around $500.

Graduate student Achuta Kadambi, co-author of the paper presented at the recent Siggraph Asia conference, anticipates the camera would mainly be used in motion-sensing applications, citing similarities to the sensor in the new version of Microsoft’s Kinect video game controller. 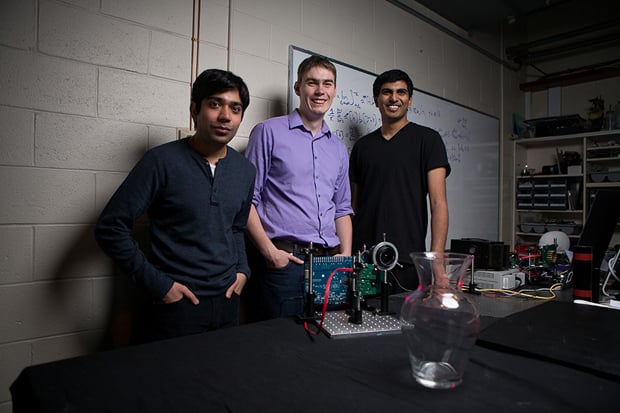 The new system improves on existing technology by not only bouncing back light signals to the camera more often, but applying computations that account for how fast the object being tracked is moving.

“We use a new method that allows us to encode information in time,” associate professor Ramesh Raskar told the MIT News Office. “So when the data comes back, we can do calculations that are very common in the telecommunications world, to estimate different distances from the single signal.”

According to Media Lab grad student Ayush Bhandari, it’s the same technique used by some programs that sharpen photographs subjected to motion blur. By “unsmear[ing] the individual optical paths,” the system can account for shaky hands and unblur photographs.

The possible uses of the new nano-camera are vast, from better motion tracking for gaming systems to improved collision-avoidance systems for cars. To learn more about the new camera and how it works, head over to the MIT Media website by clicking here.