The very first GoPro was sold by company founder and CEO Nick Woodman out of his van all the way back in 2004, and it took 35mm film. Fast forward 9 years and now Woodman is a billionaire whose creation is officially the best-selling camera in the entire world.

The story of GoPro’s meteoric rise to unprecedented success is, as you might imagine, an interesting one. And now 60 Minutes and Anderson Cooper are telling you that story with some help from Woodman, who fills in the parts that are less known and, at times, not so glamorous. 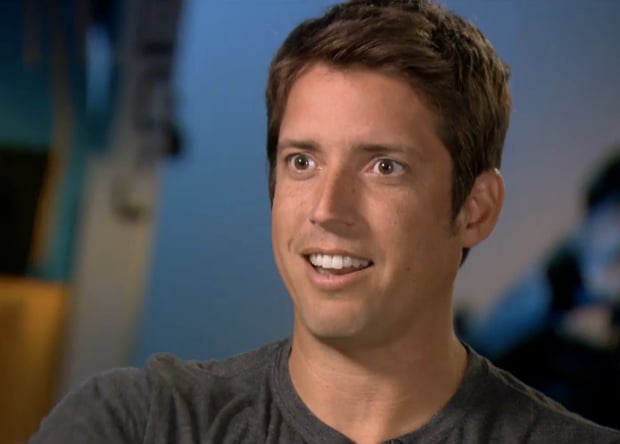 It’s easy to look at Woodman’s success and attribute it all to sheer luck, but when the idea for the GoPro first came to him he was in his mid twenties and had just lost 4 million dollars of venture capital on a failed startup. The following years were spent selling his clunky GoPros to surf shops out of his van, continuously updating them until they were no longer film cameras, but extremely portable video capture devices.

He pinpoints the moment he realized that GoPro was going to be more than just a surfing camera, but rather an “everything” camera, to a day on the race track when he declined the track’s offer to rent him a camera for his car for $100 per 30 minute session, and instead strapped his own creation to the roll bar. People started asking questions, and the proverbial lightbulb just went off.

Here’s a look back at a few of the most recent GoPro videos to go viral online:

Now Woodman is the head of a company that has doubled its sales figures every single year. Last year GoPro made over 500 million dollars… and final 2013 sales numbers are expected to show yet another doubling. Armed with quality technology and a user base that pretty much does all of their advertising for them, GoPro doesn’t expect growth to slow any time soon.

To hear the whole story from the man himself and see the truly humble beginnings of the camera that is now selling better than any other camera on Earth, be sure to check out the embedded video at the top. And, just for fun, if you have an awesome GoPro creation (video or still), share a link in the comments! We’d love to see all of the creative uses the PetaPixel readership has come up with for the cam.

Give It 100: Create a 100-Day Video Time-Lapse of the Journey Towards Your Goals