Whether or not the camera will live up to the hype, we won’t know until we’ve gotten our hands on it. But if there’s one thing Nikon is doing right regarding the soon-to-be-released retro-styled full-frame, it’s building a crap load of hype.

We’ve already had one teaser trailer (which you can watch here), and now, Nikon has released another, this one giving us tantalizing split-second glances of the camera that we didn’t see at all in the previous ad.

Here are a couple of shots of the camera — supposedly named the “Nikon DF,” not D4H as previously reported — we pulled out of the video (click the photos for higher resolution): 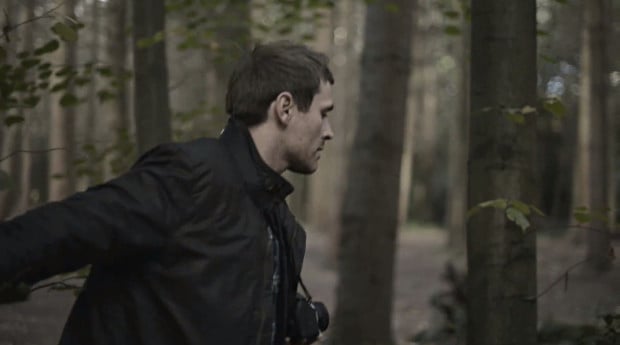 This obviously isn’t the first teaser, and if the description is to be believed it won’t be the last either. The video is described as another chapter in “a series of short movies depicting a photographer roaming through Scotland with a camera as his only companion.”

It goes on to talk about a journey of self-discovery, but if we’re being honest, the most compelling part of the ad (at least for most people) seems to be the slow journey of discovering the Nikon DF on the way to its rumored November 6th release. So stay tuned, chances are we’ll be seeing more sneak peeks like this over the course of this week.

To see a list of rumored specs for the upcoming shooter, check out our previous coverage by clicking here. And if you want to see the first teaser, click here.