We don’t typically share two time-lapses in the same day, since most people see that genre as over-saturated as it is, but today we have good reason to. The first is a landscape time-lapse so gorgeous National Geographic took notice, and this one, well this one may completely change the way you look at tilt-shift where time-lapse is concerned.

The video, called “The Lion City,” was put together by tilt-shift time-lapse photographer Keith Loutit in Signapore, and his goal was to extend the tilt-shift technique into new dimensions.

Speaking with planet5D, he explains:

After developing the tilt shift/time-lapse combo as my main style, I’ve been working on a series of experimental focus and light transition techniques that build on many of the same principles.

For ‘The Lion City,’ the idea behind the use of the technique is for focus and distance to be something the viewer can experience. It also doubles to communicate the constant heat and humidity that hits you whenever you leave the comfort of air conditioning in Singapore. 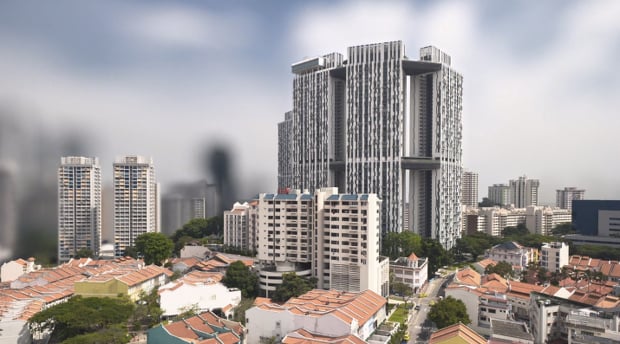 He continues on to explain that the technique is often applied in post (so not true tilt-shift), and is “harder-hitting” in this particular time-lapse as it’s the first time he’s put it into practice. It was, in a sense, a proof of concept. If he were releasing a time-lapse meant to tell a story, he would be more subtle about it, but in “The Lion City,” it really does smack you in the face.

All of the scenes were shot on his Nikon D3s and D4, with a few day-to-night scenes done on his Canon 5D Mark II with help from a Little Bramper. As far as the effects go, he says he “make[s] an effort to use lenses where possible (large format bellows and classic Rodogon & Nikon lenses), or modified enlarger lenses.” Post-processing is done in FC Pro and After Effects.

This one really has to be seen, preferably at full screen, so if you’ve made it this far without watching the video (or even if you’ve already watched it…) be sure to head over to the top and click play. And if you’d like to see more of Loutit’s work, head over to his website or Vimeo profile by following the corresponding links.