A few years after moving to Atlanta I was invited to attend a local photographer meet-up. It would later turn into a monthly meet-up, at least for a little while, and it was easily responsible for one of my biggest periods of growth as a photographer.

This wasn’t necessarily because the meet-up was particularly informative or instructive, but because the environment was refreshing and it was nice to engage with other photographers from different backgrounds in a casual, non-competitive arena. It was akin to being back in a really good class at college, but now you actually have some semblance of what the heck you’re doing. 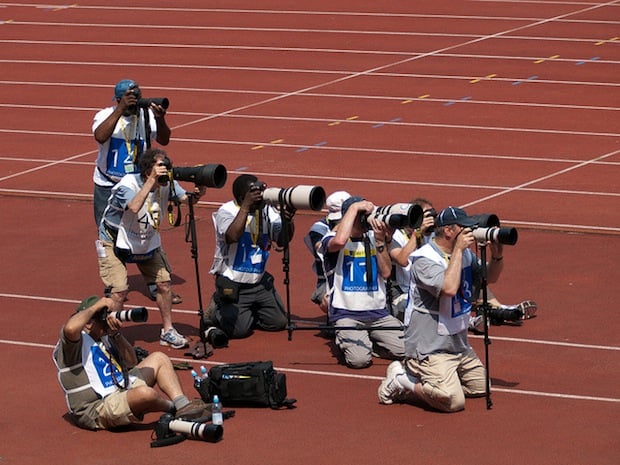 I met numerous people and got to learn about and understand their various fields of photography and how they came to them. A lot of these are people I would now call good friends, and several of them have helped me get a number of well-paying jobs since then.

The group also provided several opportunities that can be difficult to find outside of the classroom. We would have monthly critiques of each other’s work, we’d discuss new software or our old favorite go-to’s, and we even had a couple of guest speakers.

Now these are all things that can of course be emulated through news sites and online groups but there’s something missing in that experience. This provided a much more trusted first-hand account. There was a face to associate with that lens recommendation, somebody was actually standing in front of you explaining the new technique you’d read about several times but never actually tried. It all just felt much more tangible and, as a result, more satisfying. 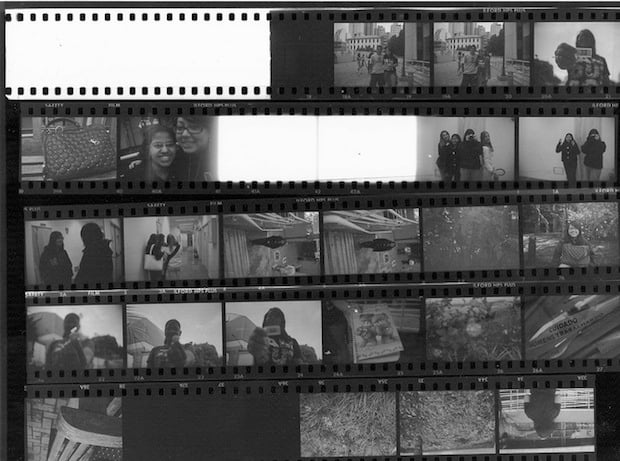 This satisfaction wasn’t just on an informational level either. There was an energy given off by the group at every single outing. It’s easy to get worn out during those long hours editing your photos or even if you’re just in a string of less-than-desirable jobs, but every time I left the group, regardless of my state of mind beforehand, I felt good.

I felt good, not only about my photography, but about myself in general. I felt energized, and usually walked away with some seedling of an idea for a new personal project I wanted to try after talking to somebody else about their work.

As I mentioned above, our group sadly did not last more than a few months, but the personal connections I made, the information I gleaned, and the reinvigorated excitement it provided made it a great experience nonetheless. 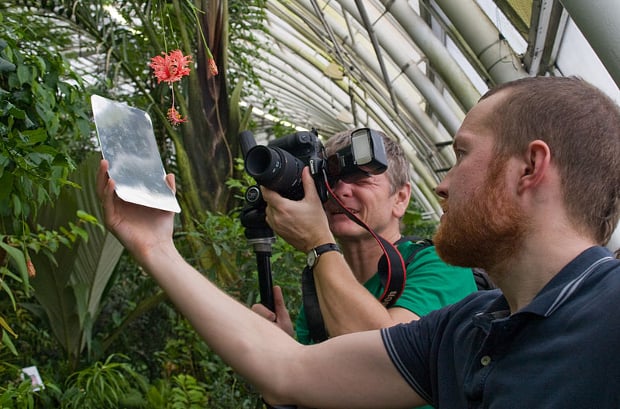 If you should decide to take on this endeavor yourself, here are a few things I learned from the organizers responsible for our group that will hopefully help you make your group a success.

1. Know What You Want

Know what you want the group to be before you start it. Don’t let the group vote on it. Democracy is a great thing but often, in situations like this, it just means a muddled message of what you’re trying to achieve. Instead of pleasing everybody you usually just end up with chaos.

Decide what you want the group’s purpose to be and establish that beforehand. If you want it to be for critiques, then make sure to tell people to have work ready to present. If you just want it to be a casual dinner group that shares stories, make sure people know that.

That said, also allow the group to grow. One of the reasons I say not to put it up to a vote initially is because the group will gradually find its own natural path based on the members interests. 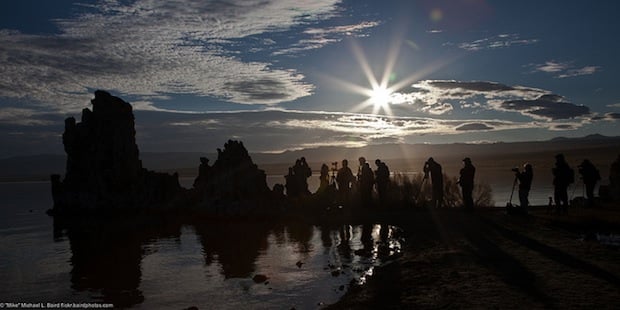 Regardless of the group’s intent (critiques, conversation, or anything else) you need to keep it casual. This isn’t a job, it’s a way to meet new people. The moment it becomes serious work you’ll likely lose interest and so will the other members of the group.

One thing our local group seemed to get very right was giving the group some legitimacy. This wasn’t just some rag-tag group of college students trying to figure out how to get their next job, it was a varied group of active professional photographers at different stages in their careers, all there to celebrate a common interest.

As a result, people actually wanted to come because there was always somebody to learn from, somebody with a different perspective or different experience that would have something to share.

Keep your meeting on the same night every month, it’s just easier for people to keep track of and if people miss it they know exactly when it will be next time. Simple. 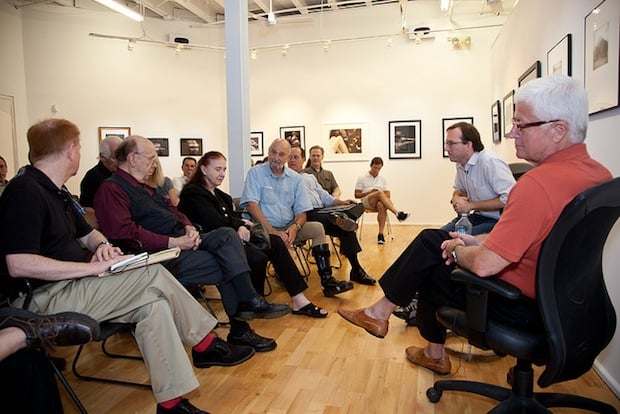 Don’t stop. I can’t stress this enough. Keep it going for as long as you can. If you can’t run things anymore, hand it off to someone else but try to keep a local community. You, your work and your city will all benefit from it.

Image credit: Photographer by ingeniarius’, Photographers by wwarby, Photography Classes. by Bruna Ferrara;, Fata Morgana by Honza Groh, Photographers in silhouette at Mono Lake with Tufa Towers at Sunrise 16Oct2011. by mikebaird and Corrigan takes question from the group by jramspott