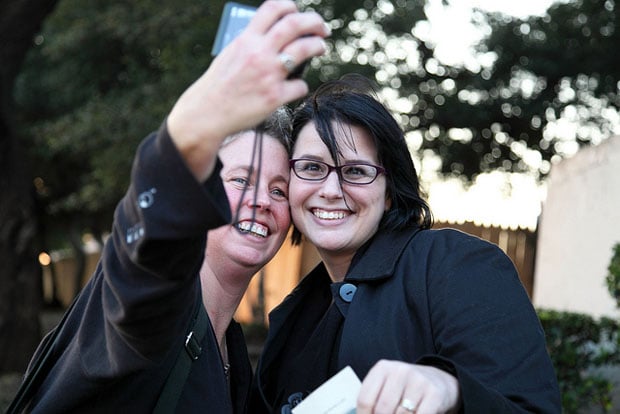 Young people love to take selfies and don’t really care about printing photos and putting them in albums. That might not be the biggest shocker of the year, but a new British survey at least puts some numbers to this amateur photography trend that’s leaving us with a lot fewer prints and a lot more digital clutter.

The poll, commissioned by Samsung, asked 3,000 young adults about their photo habits, and the biggest finding was that a full 30% of the photos taken by people age 18-24 are selfies, with men more likely than women to turn the camera on themselves. So to answer the question posted in the title: in short, yes… yes they are. On the other hand, there are plenty of non-selfie reasons to blame. Sure, an album full of self-portraits would be lame, but the bigger problem is that we don’t print our photos anymore.

We’ve said it before and we’ll say it again: print what you want to preserve… and stop taking only selfies.

What Makes a Shot… feat. Slaves on Dope at Heavy MTL

Crazy Remote Camera Deer Footage, Or: When Far Side Comics Come to Life