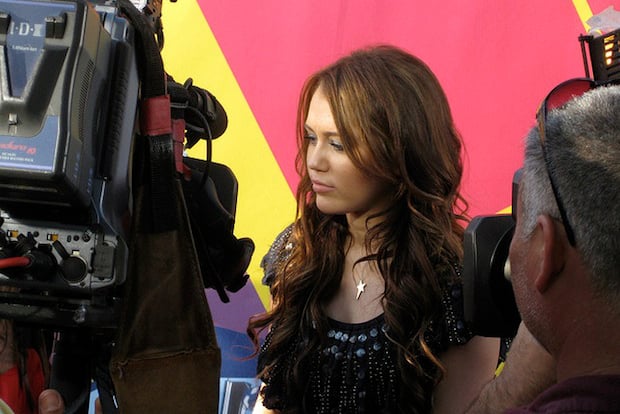 Mystery semi-solved. Singer and recently-infamous celebrity Miley Cyrus’ baffling sale of a used Nikon N80 SLR on eBay last week might have been part of her plan to consolidate into a digital, Canon-based workflow.

At least we can surmise as much from a recent Rolling Stone interview in which the former teen queen revealed that she considered going to photography school as part of a career reboot after her smash run on Disney’s “Hannah Montana” show ended in 2011.

Cyrus says she has a Canon 5D and seriously wanted to boost her skills:

I thought I might go to NYU or something and study photography. Or to Savannah — they’ve got a really good school in Savannah.

I love photography… I want to co-direct something soon. When they’re saying, “Change this lens to this millimeter,” I want to know what they’re talking about.

Alas, we’ll never know what aesthetic trails the performer might have blazed. Cyrus decided that her celebrity status wouldn’t allow her to have anything resembling a normal life on a college campus, and so instead opted to continue pursuing her showbiz career.

Image credit: Miley Cyrus on the Red Carpet by Philip Nelson and NYU’s Tisch School of the Arts by jerekeys.

Pope Francis is Getting Ready to Take to Instagram