If you’ve been following us for a bit, you know that I had the pleasure of interviewing Benjamin for PetaPixel just over a year ago. And if you read that interview or watched the video he kindly recorded for it, you’ll know that his photographic career is fairly young.

He began his professional life in mines as an engineer. Somewhere along the line he picked up a camera to help get over a breakup, only to fall in love with his rebound… the art of photography. He finally quit his 9-5 job for good in January of 2012, and now lives a life that is at times difficult, at times frustrating, but always fulfilling. 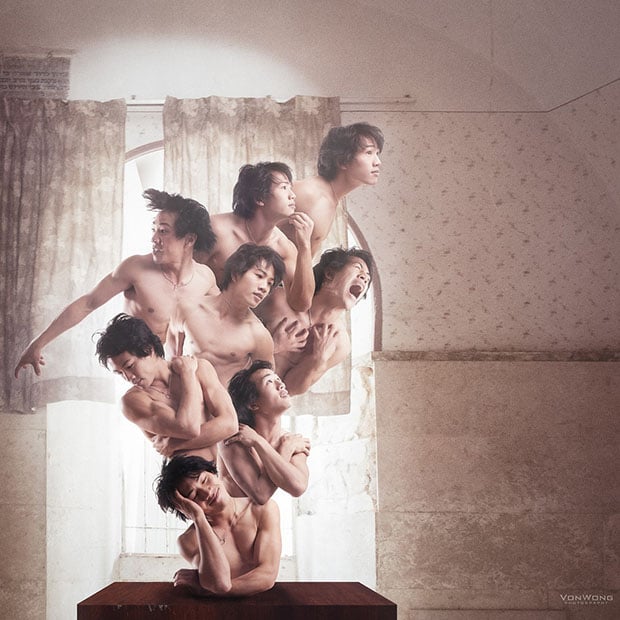 “The last year and a half of my life since I quit the 9-5 have been a roller coaster of ups and downs and I have undeniably grown,” writes Von Wong on his blog. “[I’ve grown] like a weed … chaotically and explosively. It’s been fun, exhilarating, consuming and fulfilling.”

In the Ignite presentation above he packs all this and more into a 5-minute talk with slides that automatically change every 15 seconds. Given the restrictions of the format, you might think that wouldn’t be conducive to inspiration, but the reality is quite the contrary.

From what it took to quit his job, to how he always jumped onto opportunities and reached out to fellow creatives, to his final words on the fear of the unknown being better than not knowing why you wake up in the morning, we doubt you won’t feel inspired by the end.

National Geographic on the Power of Photography