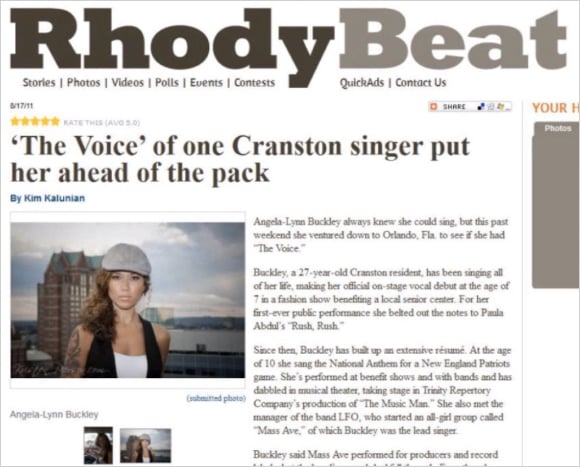 Normally, we wouldn’t give much attention to the thoughts of an editor/publisher for a small community newspaper. But the response to photographer Kristen Pierson‘s notice of copyright infringement and invoice for payment is such a classic compendium of bad thinking on intellectual property that it would be a disservice not to share it … just so you know what you’re up against.

The incident began when the New England paper (sample headline: Two New Restaurants Coming to Mall) reprinted one of Pierson’s photos to accompany a story on a local singer, credited simply as “submitted photo.” Pierson, who specializes in photographing musicians, told the newspaper the photo was hers and they needed to pay to print it.

The newspaper’s publisher declined in a telephone message (captured via YouTube video) that illustrates several common strands of copyright cluelessness:

He begins by noting that somebody emailed the photo to the newspaper, so technically they didn’t take it, it was given to them. Never mind that the person who sent in the photo wasn’t the photographer. Additionally, he made sure to point out that the image ran with Pierson’s watermark, “so it is credited to you.”

But the whopper comes at the end of the editor’s phone message: “Also, the photograph is in the public domain in the sense that it’s on Facebook, so I don’t know. Maybe you ought to charge Facebook.”

Now there’s an idea! Given that Facebook’s market value is somewhere north of $100 billion, El Dorado awaits the lawyer who can get that theory to fly.