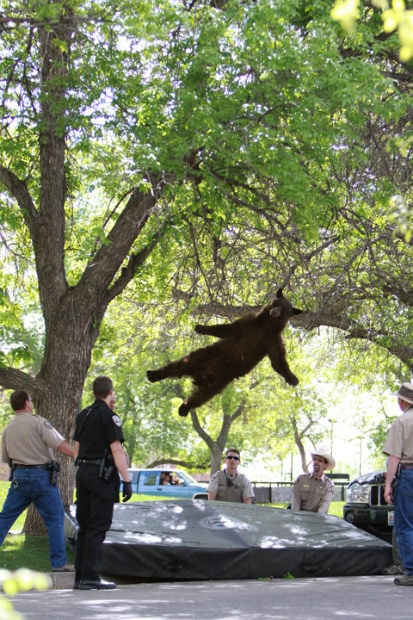 In case you missed our earlier post, let’s get you up to speed: in the internet age, the argument is that you don’t own anything anymore. This is relevant because yet another copyright infringement lawsuit has made its way across our computer screens, this time between a student photographer and the Colorado University newspaper The CU Independent that printed and distributed his now famous falling bear image.

The photo (seen above) was captured when a friend of student photographer Andy Duann’s told him that a bear was stuck in a tree on the CU campus. Duann did what any good photographer would do: he picked up his camera and booked it, making it only minutes before the bear was shot with a tranquilizer and fell.

The events that followed are still under debate, but the gist of the story is that Duann claimed he was the owner of the image, and that the CU Independent shouldn’t have sold the image to several major newspapers without him getting a cent. The CU Independent, on the other hand, maintained that Duann was a “staff photographer,” meaning that they owned the rights to the image, not him. On Saturday, the Associated Press issued a “kill order” on the photo, instructing its members to eliminate it from their systems and archives.

The case finally came to a close earlier today — somewhat quicker than expected — when the newspaper conceded that Duann is the rightful owner of the photo. Perhaps the newspaper didn’t expect Duann to take the issue as far as he did, and we certainly know that he didn’t expect the photo to become as popular as it did, but at least in this case we can chalk one up for the little guy.