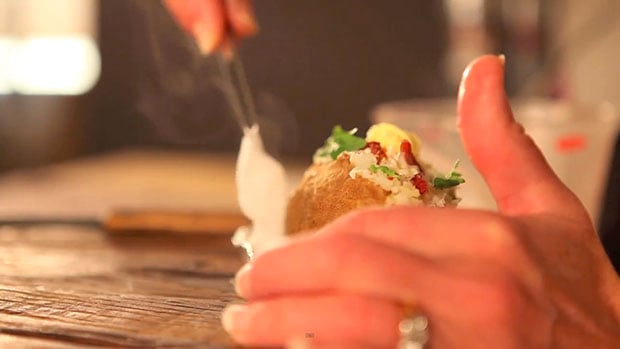 Nothing makes a bowl of soup, a cup of coffee, or in this case, a baked potato, look more warm and appetizing than a beautiful cloud of steam. Immediately, your taste buds think of a hot, comforting meal, and your nose can almost sniff the fresh-from-the-oven smell.


But creating and capturing steam for a photograph is tricky. It has to swirl in just the right way, and it can’t be too hot or moist or else it will melt the food you’re shooting. Through the years, photographers have used a number of methods for creating steam for culinary shots, from the simple to the complicated.

During a recent shoot, we wanted to capture a steaming hot baked potato, and tried out three main ways to create steam. How they break down: 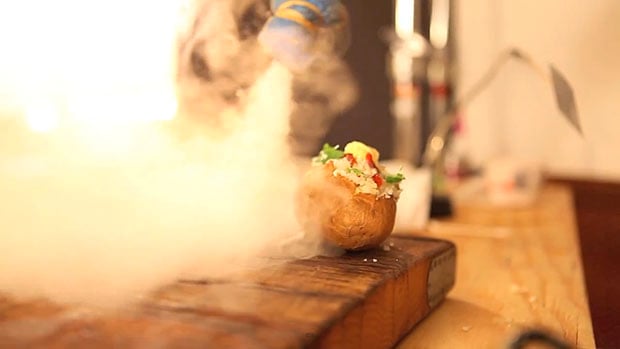 A steamer like you’d use for ironing clothes is an easy way to create steam for a photo shoot. Just plug in the machine, direct the nozzle where you want the steam, and you have a reliable, steady stream of vapor. This works well for shooting liquids like soup and coffee, but its humidity and heat are a major drawback. For the baked potato shoot, for example, the hot steam melted the butter and wilted the arugula too quickly.

#2. A Microwaved Tampon or Sponge 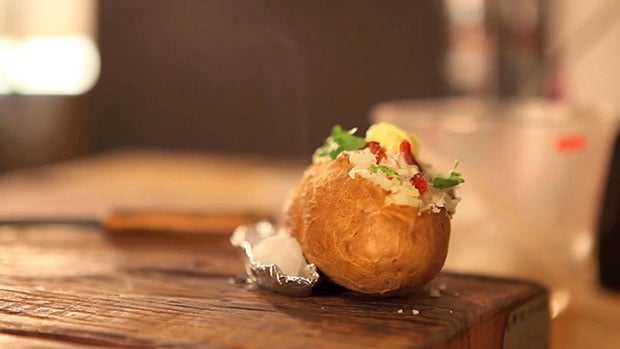 Heating up a tampon, cotton ball, or sponge is one of the classic “tricks” for steam shots. A dense cotton wad will hold the steam for a few minutes, so you can hide it behind the food and then shoot from in front. The steam doesn’t last forever, though, and it can be tough to control exactly where it goes. 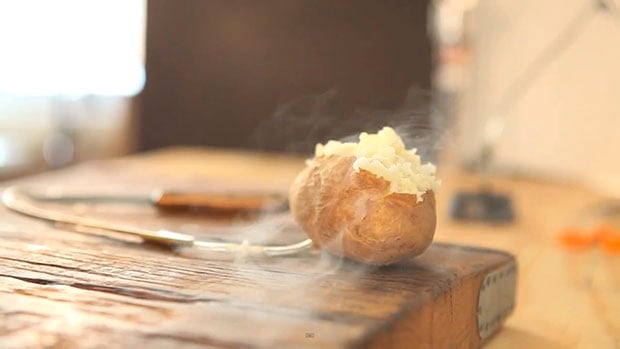 The studio is lucky enough to have a special effects designer as talented as Geoff who can whip up a special steam and helium rig. The winding collection of tubes and beakers (dubbed the “Crack-O-Matic 2000″ by its creator) allows us to place the steam just where we want it. Geoff releases the vapor, then can add more or less helium from the same tube to make the steam rise in perfect tendrils. For the potato shot, we were able to actually embed the steam tube inside the potato so that the cloud of steam would rise realistically from inside the food.

For a better idea of how these three methods work, and to judge for yourself which looks best, click play on the video below:

About the author: Stephen Hamilton is a food photographer based in Chicago. His studio publishes a behind-the-scenes look of their life and work at The Who’s Hungry? blog. You can see more of Hamilton’s work on his website. This article originally appeared here.