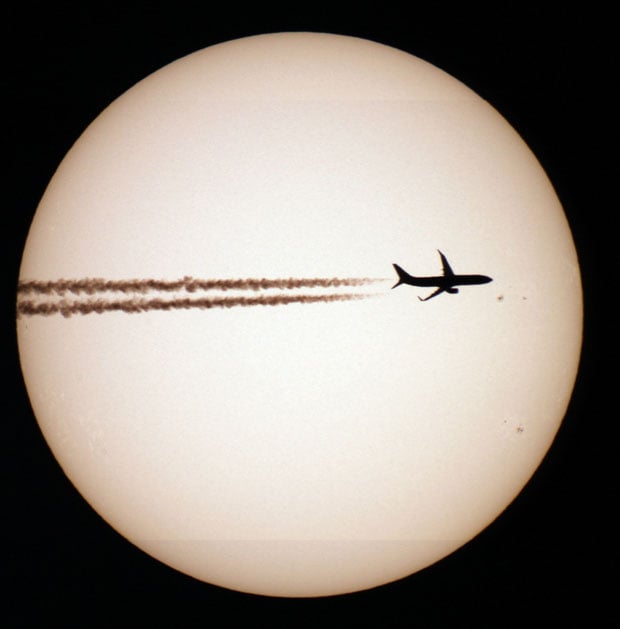 In search of a difficult photo project? Try photographing airplanes passing in front of the sun and the moon. That’s what French photographer Sebastien Lebrigand set out to do earlier this year, and his resulting photographs are incredible.

In July of this year, Lebrigand took his Canon 500D DSLR and a special astrophotography lens out at night near his home near Paris. After setting up, he managed to capture a series of photographs showing airplanes passing directly in front of the moon.

The ultra-telephoto lens makes the planes look as though they’re spaceships on a lunar mission: 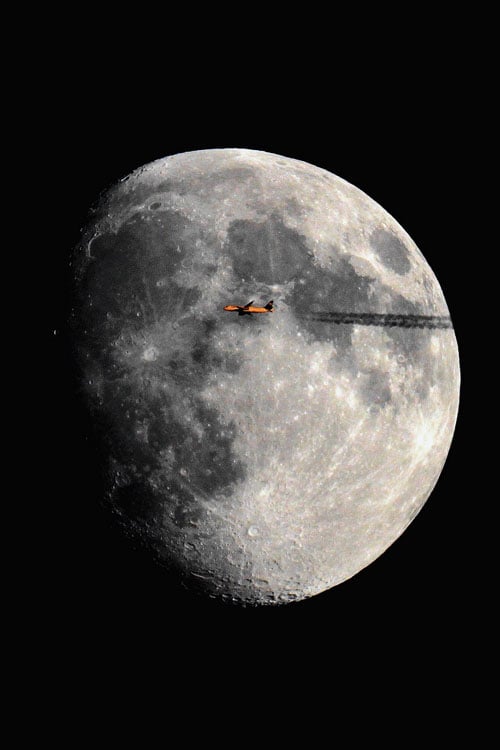 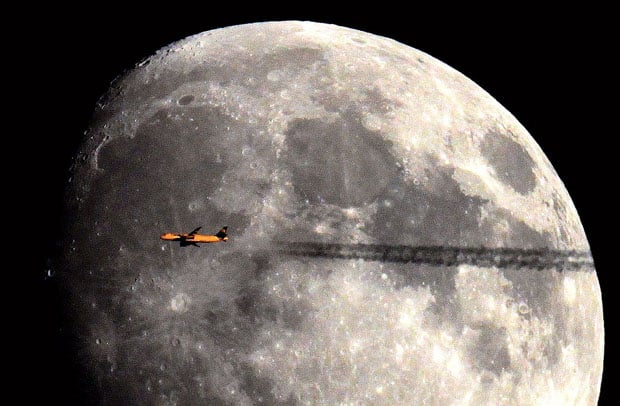 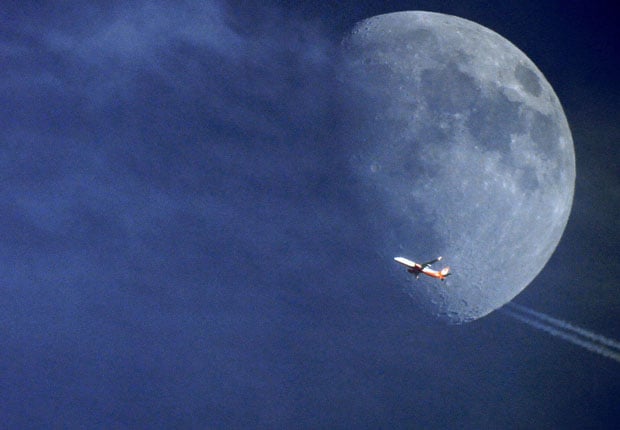 Here’s a look at what Lebrigand’s camera setup looks like. The lens is a i-Nova EDTF 102 Triplet: A month later, in August, Lebrigand decided to try capturing the same type of photo during the day with planes passing in front of the Sun. It took two days of trying, but he managed to capture some amazing images at around 7pm on the second day: 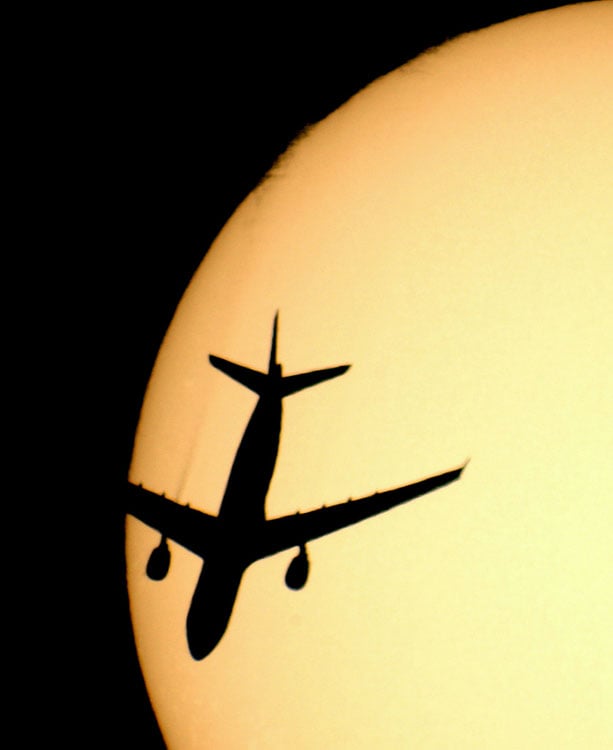 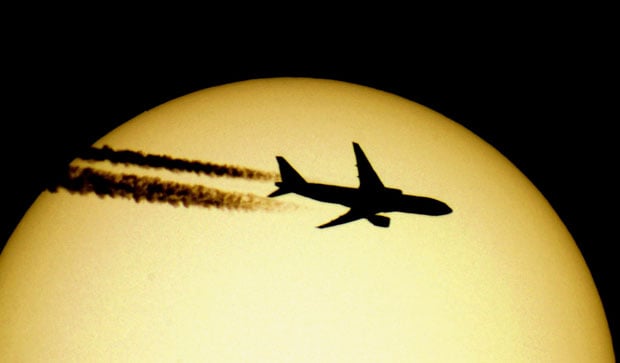 Lebrigand tells The Daily Mail that the main challenge with the photographs was timing — the sun was blinding, and the airplanes were only seen in front of the sun for about 1/4 of a second during each pass.

If you want yet another ultra-telephoto challenge, try photographing multiple airplanes passing overhead in the same zoomed-in shot. Lebrigand has managed to captured a photo showing two… 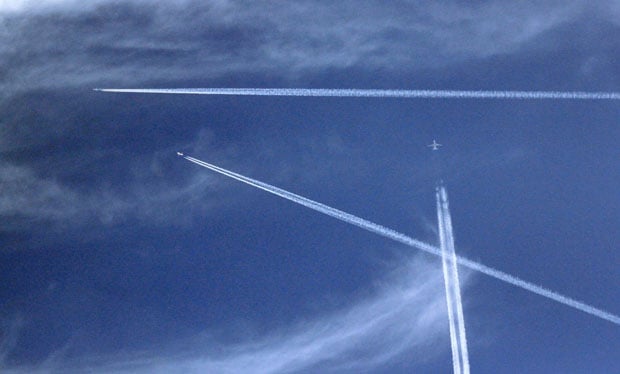 You can find higher resolution versions of these photographs over on Lebrigand’s Flickr photostream.

Image credits: Photographs by Sebastien Lebrigand and used with permission