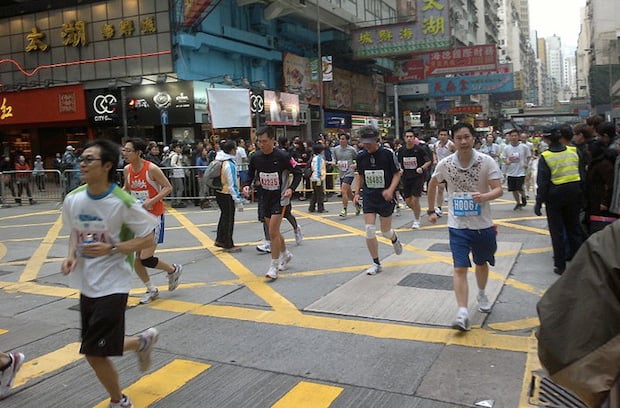 After a runner taking a selfie caused a “pile-up” at this year’s Hong Kong Marathon in February, the marathon’s organizers aren’t taking any chances. Starting early so as to get the word out, the marathon is banning selfies and urging runners to leave the smartphones on the sidelines.

The incident that sparked all this happened at the beginning of the Marathon’s 10K run last February. Shortly after the start of the race, a runner stopped to take a selfie and caused a pile-up as other competitors crashed into her.

Initially, the organizers wanted to ban all cell phones, but realized that this would be impractical. So instead they’re launching a massive anti-selfie campaign through Facebook, television and radio in preparation for next February’s run. 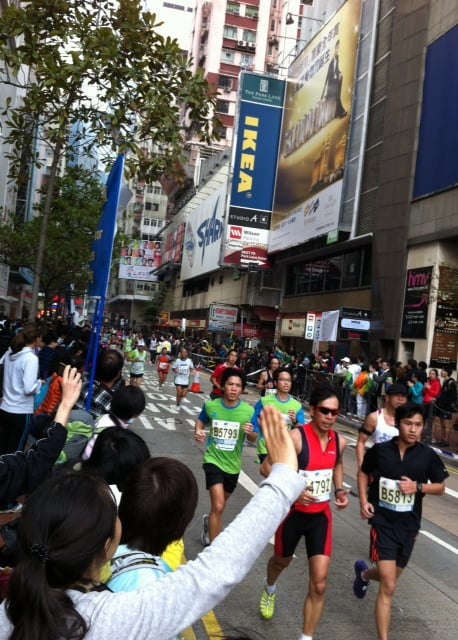 The anti-selfie campaign won’t stop there, though. Chairman of the marathon organization committee, William Ko, told AFP that the message will be broadcast during the race as well, with officials holding up message boards to remind people not to stop and take photos.

“What we’ve been trying to do,” says Ko, “is to get the message across to take care of yourself and to take care of other runners.” A worthy goal, but if previous experience with photography bans is any indication, a media campaign and some message boards might not be enough to keep our narcissistic side at bay.